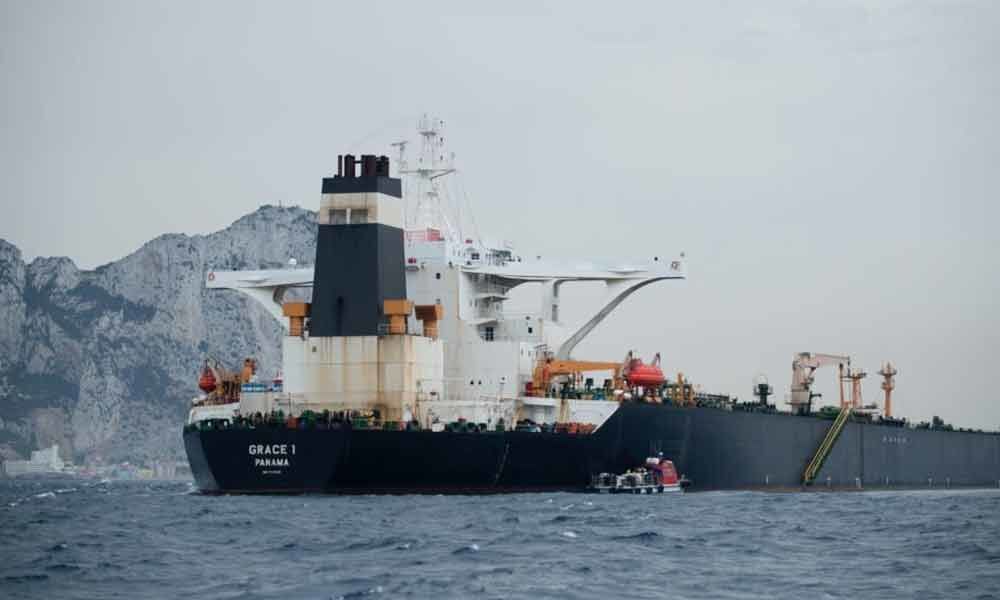 Four Indian nationals arrested in connection with an ongoing investigation into an Iranian oil supertanker seized off the Spanish coast last week have been freed on bail without charge, the Royal Gibraltar Police said on Saturday.

London: Four Indian nationals arrested in connection with an ongoing investigation into an Iranian oil supertanker seized off the Spanish coast last week have been freed on bail without charge, the Royal Gibraltar Police said on Saturday. The local force for Gibraltar, a British Overseas Territory, said the investigation was going on and the oil tanker Grace 1 remains in detention.

"All four crew members of the Grace 1 arrested by the Royal Gibraltar Police (RGP)have been bailed without charge," an RGP spokesperson said. "The investigation is still ongoing and the Grace 1 continues detained under the provisions of the Sanctions Regulations 2019 which are born out of the Sanctions Act 2019," the spokesperson said. The Master, or captain, and the Chief Officer of the vessel were arrested on Thursday and two Second Officers were arrested on Friday as a consequence of the investigation into the suspected breach of European Union (EU) sanctions on Syria.

All four Indian nationals have now been granted "police bail with conditions". The local police had earlier said that the crew members had been granted full legal assistance, telephone contact with their families and access to their consular authorities. The Indian High Commission in London has confirmed that it has established contact and that it is working on ensuring that the Indian citizens are provided all necessary assistance. The arrested men were aboard the Panama flagged supertanker Grace 1 that was detained off Europa Point, which is near the famous Rock of Gibraltar.

The area's law enforcement agencies had detained the supertanker and its cargo on July 4 during an operation conducted by the RGP, Customs and Port Authority with the support of British Royal Marines. Iran has called for the UK to release its oil tanker and warned Britain not to get involved in "this dangerous game" and claimed the tanker was not bound for Syria. The semi-autonomous British Overseas Territory's Chief Minister Fabian Picardo has said that the vessel, which contained 2.1 million barrels of light crude oil, and was detained because there were "reasonable grounds" to believe it was in breach of the EU sanctions.

Tehran blames the US for arranging to have its ship seized in the wake of sanctions imposed against Iran with the aim of halting all its oil exports. European countries do not have sanctions against Iran but have had them in place against Iran's ally Syria since 2011. The entire affair has led to an increase in tension in the Gulf, with a face off between British and Iranian ships in the Gulf waters over the row.