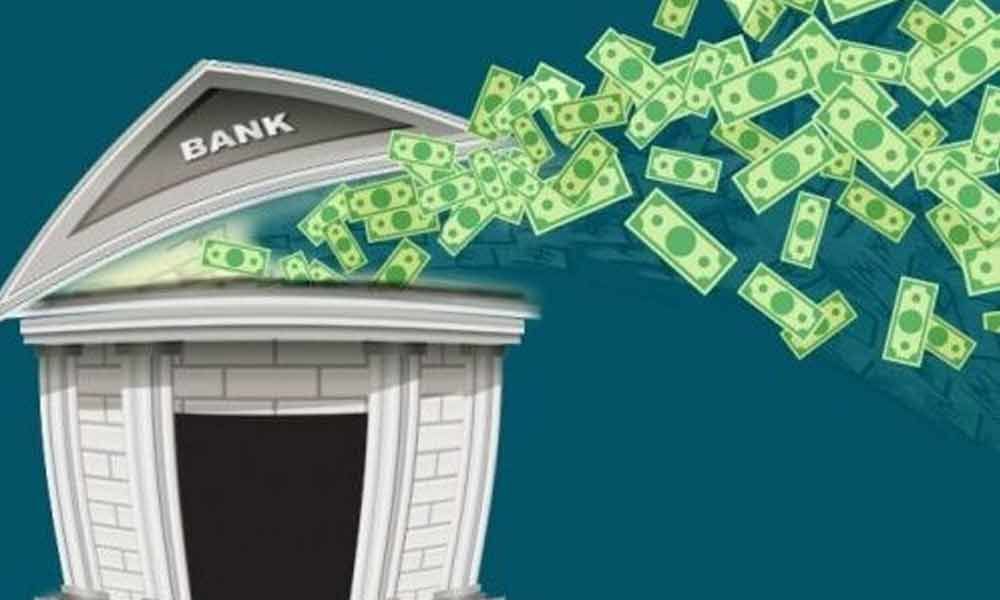 Mumbai: Systemwide bad loans will improve by 180 basis points to 8.5 percent in March 2020 from FY19 levels on slower slippages, and the state-run banks will turn profitable for first time in four years, says a report.

The banking system will close FY19 with gross non- performing assets of 10.3 percent, ratings agency Crisil said on Monday in its half-yearly report on credit movements.

The credit ratio, which is the ratio of upgrades to downgrades, moved up to 1.81 times in the second half of FY19 from 1.68 times in the first half.

From a quantum of debt perspective, the debt-rated credit ratio moderated to 0.89 times primarily due to two telecom firms slipping.

A slump in advanced economies as well as government spends on infra may lead to a moderation in the credit ratio in FY20, the agency warned.

The report sees NPAratios improving by 180 bps to 8.5 from 10.3 despite a 14 percent growth in assets expected during the fiscal.

"Moderation in slippages, coupled with recoveries from the bankruptcy resolutions, will play the key role in NPA reduction," it explained. Incremental slippages came down to 3.8 percent of total assets in FY19 from over 6 percent levels in the previous two fiscals, it added.

This is slated to help the state-run lenders, who are expected to return to the black after four consecutive years of losses, it said.

Over 60 percent of total upgrades were in investment- linked and export-linked sectors, which got a fillip from domestic infra spends and global growth.

"We expect moderation in the credit ratio as global growth slackens and pace of government's infra spends slows," SomasekharVemuri, a senior director at Crisil, told reporters over a conference call.

Investment-linked sectors such as construction, engineering, steel, and construction equipment will see only moderate buoyancy, he added.

About the sectors where banks need to be watchful, is residential realty due to inventory pile-ups, telecoms due to unhealthy competition and thermal power units struggling for asset resolutions where one needs to be wary about.

Textile and readymade garments sectors also saw more number of downgrades than upgrades, and a weakness in global economy will continue to put them under pressure, it said. Investment demand is unlikely to revive in FY20 and the corporate loan requirements will be driven by demand for working capital, the agency said.

Meanwhile, its peer Icra said credit quality pressures persist for the universe of companies it rates with the aggregate volume of the debt downgraded FY19 at Rs 3.2 lakh crore, which is 10 percent higher.

"Downgrades were driven mostly by company-specific concerns emanating from deterioration in business profiles or worsening of capital structures or increased liquidity pressures on the rated entities," its credit policy head JitinMakkar said.