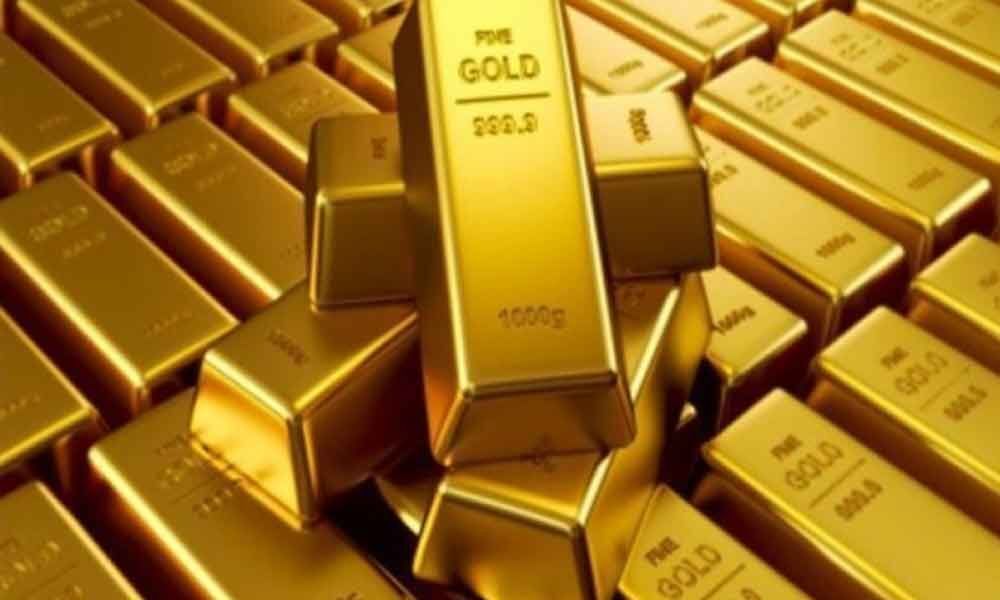 Bengaluru: Gold prices rose on Monday to their highest in more than two months as heightened China-US trade tensions and Washington's threat of tariffs on Mexico stoked worries of a global recession and drove investors to seek refuge in safe-haven bullion.

"We are seeing a lot of traditional safe-haven hedging ... coming back to the fray," said Stephen Innes, managing partner, SPI Asset Management.

"(Equity) markets seemed to be a little bit complacent. What caught them off-guard was Trump doubled down, signalling that (dealings between countries) on the trade war front is going to be quite aggressive."

US stock futures, Asian share markets and oil prices slipped to multi-month lows on Monday amid the mounting trade worries.

Tensions between the United States and China escalated during the weekend as the two countries clashed over trade, technology and security.

In a sign that Sino-US frictions are putting a big strain on the global economy, South Korea's exports fell 9.4 per cent in May, worse than a median forecast for a 5.6 per cent decline, official data showed on Saturday.

The gloomy outlook has prompted traders to increase bets that the US Federal Reserve will cut interest rates sooner rather than later.

"Gold finally behaved like a safe haven last week, breaking out higher after the trade war escalation led to a code red for global growth," Edward Moya, senior market analyst at OANDA, said in a note.

Gold prices surpassed the key USD 1,300 level for the first time since April on Friday after being stuck in a nearly USD 20 range for weeks.

Hedge funds and money managers increased their net long positions in COMEX gold in the week to May 28, data showed.