In the business of politics 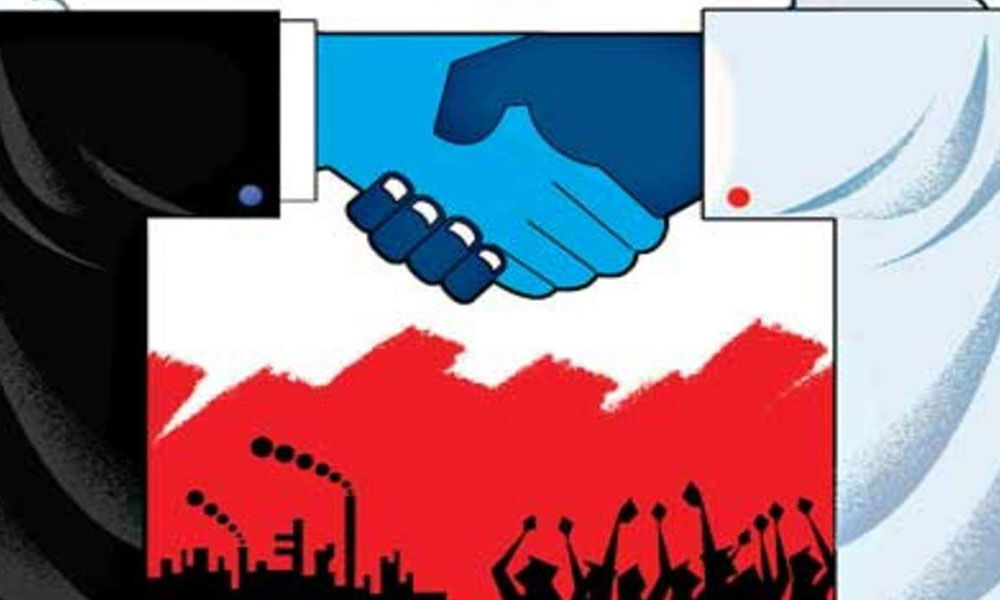 x
In the business of politics
Highlights

Elections have become very expensive now. Candidates need to splurge money from the word go. In the past, people used to campaign for a candidate...

Elections have become very expensive now. Candidates need to splurge money from the word go. In the past, people used to campaign for a candidate without asking anything in return. Now, candidates have to hire people on daily basis, pay them handsome wages for participating in campaigns. And liquor and food are additional perks.

Furthermore, they should also 'reward' voters. These expenses are going up by the day. For instance, a ruling party candidate in North Telangana had to spend so much on the campaign that he was left with no money towards end, so he could not 'distribute' money to voters. He eventually lost the recent Assembly elections.

Of course, his rival did a smart thing by not spending too much on campaign. Instead, he focused more on 'distribution' the day before elections and walked away with victory. Independent observers say a candidate on an average spends Rs 10 crore in Assembly elections in Telangana. The amount will be more than double of that in Andhra Pradesh.

Having spent so much on the polls, every winning candidate looks for ways and means to recoup his investment and make handsome profits on it too. Moreover, he obviously wants to 'raise' capital for next elections. All these are not possible if the political party he represents is in Opposition. This explains why Congress MLAs are making a beeline to Pragathi Bhavan, the official residence of Telangana Chief Minister.

Frankly speaking, TRS does not need more MLAs now as it has secured well over two-third majority by winning 88 Assembly seats in the recent elections. But more MLAs mean the pink party can make a clean sweep in the upcoming Lok Sabha polls, winning 16 MP seats, while its ally MIM will walk away with the remaining one. Such an outcome will increase its bargaining power at the Centre. And that's what it wants.

Then why will it refuse if Congress MLAs are more than willing to take its bait. Moreover, Congress now looks more like a sinking ship. It lacks proper strategy and able leadership, both at the national and state level. Rahul Gandhi, scion of Nehru-Gandhi family and current leader of the Grand Old Party of India, appears to be gaining some traction these days. But it is very unlikely that Congress will make the cut at the Centre this time around. Power will be a distant dream for it in the next round too.

Further, the less we talk about its political strategies the better. For instance, Congress party and its the then leader Sonia Gandhi, mother of Rahul Gandhi, were instrumental in granting separate statehood to Telangana. But Congress is the biggest loser post the bifurcation as it lost political ground to TRS in Telangana and has completely been wiped out in residual Andhra Pradesh.

The fact is that Andhra Pradesh propped up Congress government at Centre for two consecutive terms (2004-14). But the party was lackadaisical in devising proper political strategies to keep its strong base intact after the division of Andhra Pradesh. As consequence, it lost a key pillar that could have kept it in political reckoning at the national level.

Therefore, expecting Congress, a weakened national party, to put up a strong challenge to a strong regional satrap like Kalvakuntla Chandrashekar Rao, TRS Supremo and Telangana Chief Minister, even in 2023 is nothing short of asking too much. Therefore, weak leadership and lack of effective strategies are also pushing Congress MLAs towards TRS fold. Obviously, they want to make hay while sun shines and then stay in political reckoning in the next elections.

So, there is no point in blaming KCR and his party for defections from Congress. As polls expenses – legal and illegal, increase, such defections from Opposition parties will continue, not only in Telugu states, but also across the country. For, politics is increasingly becoming a business that requires large capital.

Obviously, no one will spend large sums and remain in politics, without expecting any returns. But there is no point in losing hope. There are two ways to curb the defections and involvement of money in polls. One way is for the country to adopt presidential form of democracy in which Prime Minister and chief ministers are directly elected by people. Indian voters are mature enough now to directly choose their leaders. The other way is to give powers to Election Commission to disqualify whoever switches loyalties post the elections.

Abraham Lincoln, who served as the 16th American President from 1861 to April 1865, famously said: 'Government of the people, by the people and for the people". That is the true meaning of any democratically-elected government. But politics and elections, the heart and soul of democracy, are increasingly becoming 'the activity of the money, by the money and for the money'. Money rules the roost in politics now. There is no other rule. That's sad indeed!