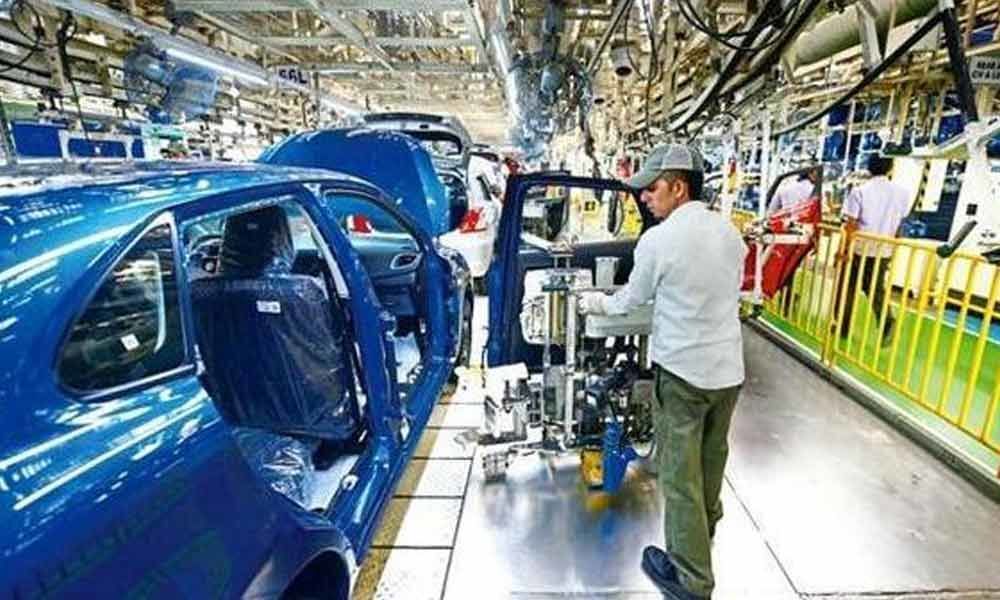 The country's manufacturing sector activity declined to its 15-month low in August, owing to slower increases in sales, output and employment, a monthly survey said on Monday.

New Delhi: The country's manufacturing sector activity declined to its 15-month low in August, owing to slower increases in sales, output and employment, a monthly survey said on Monday.

The IHS Markit India Manufacturing Purchasing Managers' Index (PMI), fell to 51.4 in August, its lowest mark since May 2018, from 52.5 in July, as most survey indicators fell since July to signal a widespread loss of momentum.

This is the 25th consecutive month that the manufacturing PMI has remained above the 50-point mark. In PMI parlance, a print above 50 means expansion, while a score below that denotes contraction.

India's economic growth has slumped for the fifth straight quarter to an over six-year low of 5 per cent in the three months ended June as consumer demand and private investment slowed amid deteriorating global environment.

In August, sales expanded at the slowest rate in 15 months, following which production growth and job creation were tamed. Moreover, factories lowered input buying for the first time since May 2018.

"Another worrying sign was the first drop in input buying in 15 months, which reflected a mixture of intentional reductions in stocks and shortages of available finance," Lima said.

The survey noted that competitive pressures and challenging market conditions restricted the upturn. New orders from overseas also increased at a slower rate in August, with growth the weakest seen since April 2018.

"Until manufacturers are willing to loosen the purse strings, it is difficult to foresee a meaningful rebound in production growth on the horizon," Lima said.

Subdued sales to domestic and international clients in turn curbed output growth, which softened to the weakest in a year. Some survey members also reported cash flow problems and a lack of available finance.

Going ahead, goods producers maintained optimistic growth projections, with hopes of a pick-up in demand and marketing efforts predicted to support output in the year ahead. Sentiment strengthened to a 16-month high.

On the prices front, the measure of input costs accelerated to a nine-month high.

"Another factor restricting quantities of purchases was a pick-up in the rate of increase in input prices. While not alarming, the acceleration in cost inflation may restrict central bank stimulus to the economy in the near-term," Lima said.

The government on Friday also announced its second of the three-part stimulus, merging 10 public sector banks into four with a view to boost credit to help revive the economy.

A week prior to this announcement, the first stimulus package was unveiled that included reduction of taxes, improvement of liquidity in the banking sector (formal and shadow), increased government spending on auto and infrastructure, and accelerated refunds of Goods and Services Tax (GST).

A third and possibly last package, expected in the next few days, may deal with issues facing the realty sector.