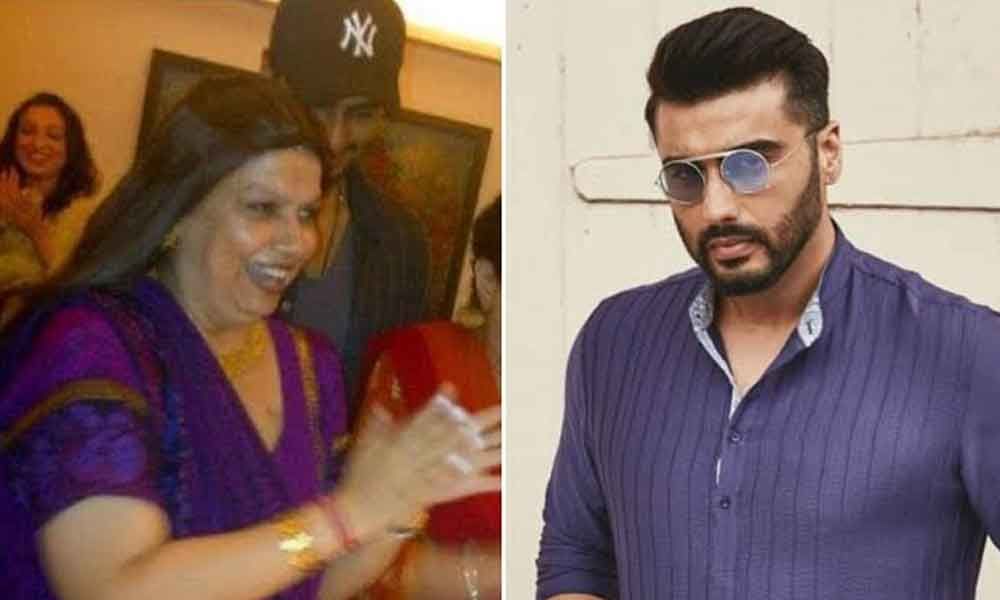 Bollywood young actor Arjun Kapoor always loves his mom Mona Kapoor to the core. He often speaks about his late mom and doles out how much he misses her.

Bollywood young actor Arjun Kapoor always loves his mom Mona Kapoor to the core. He often speaks about his late mom and doles out how much he misses her. Today being Mona Kapoor's birthday, Arjun has shared a heartfelt message along with a video on his Instagram and showered all his love on her.

In this video, Arjun Kapoor showed off the framed pic of his mom Mona Kapoor. He also spoke, "It's my mom's birthday today and she would have been very happy to be celebrating with me and making sure that we are all together but it is what it is. I just want to tell you guys to spend time with your families, parents and loved ones. I keep saying this. We don't realise what life has in store."

Alongside the video, he also wrote, "I love you today yesterday& forever, Happy birthday Mom."

Speaking about Arjun Kapoor's work front, he will be next seen in 'Bhoot Police' movie. Having an ensemble cast of Arjun Kapoor, Saif Ali Khan, YamiGautam and Jacqueline, this horror-comedy flick has many expectations on it.The movie is directed by director PavanKirpalani and bankrolled by Ramesh Taurani and AkshaiPuri. Along with it he will be also the part of 'Sandeep Aur Pinky Faraar' movie. This flick is being directed by Dibakar Banerjee and is bankrolled byAditya Chopra and Dibakar Banerjee under Yash Raj Films banner.It has Parineeti Chopra as the lead actress and Pankaj Tripathi&Neena Gupta in the prominent roles.

Sandeep (Arjun Kapoor) will be seen as a corporate official where Parineeti will be fixed in a scam. Here, Arjun being Pinky Dahiya essaying the role of Police will try to rescue Sandeep. How will Pinky and Sandeep come out of this crime forms the crux of the story.