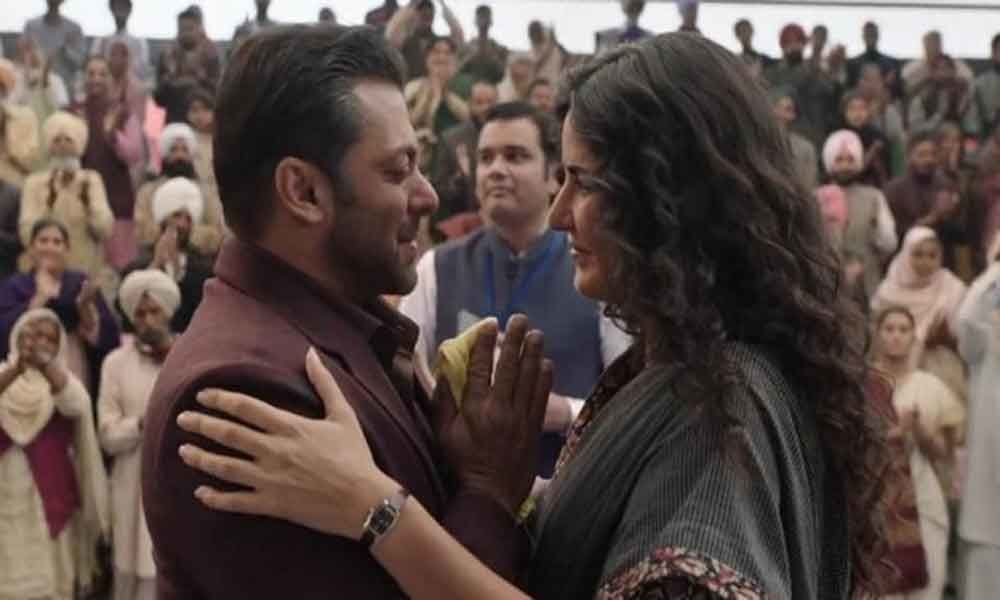 New Delhi:Salman Khan. Enough said. The charisma of the 53-year-superstar was witnessed once again on Eid this year when Bharat opened across 4,700 screens in India and recorded an impressive score of Rs. 42.30 crore - Salman Khan's biggest Eid blockbuster and his highest opening day collection ever.

Bharat clearly checked off more than one box on the box office report card and in doing so, it pushed Salman's Prem Ratan Dhan Payo, with a Rs. 40 crore Day 1 collection, to the second spot on the list of his highest-scoring opening day movies - "Emerges Salman's biggest opener ever, surpassing *Day 1* biz of Prem Ratan Dhan Payo," tweeted Mr Adarsh. And like we said, Bharat defeated Sultan to be "Salman's biggest Eid opener, surpassing *Day 1* biz of Sultan [Rs. 36.54 cr]."

Meanwhile, an elated Salman Khan tweeted this and shared about his "proudest" moment from the film's screening:

Big thk u sabko fr giving sabse bada opening mere career ka par what made me the happiest & proudest is ki during a scene in my film jab national anthem is recited ev1 stood up as a mark of respect. There could be no bigger respect for our country than this... Jai Hind🙏 #Bharat

Bharat has also topped 2019's list of highest-opening day movies with Kalank, Kesari, Gully Boy and Total Dhamaal, making up the rest of the list.