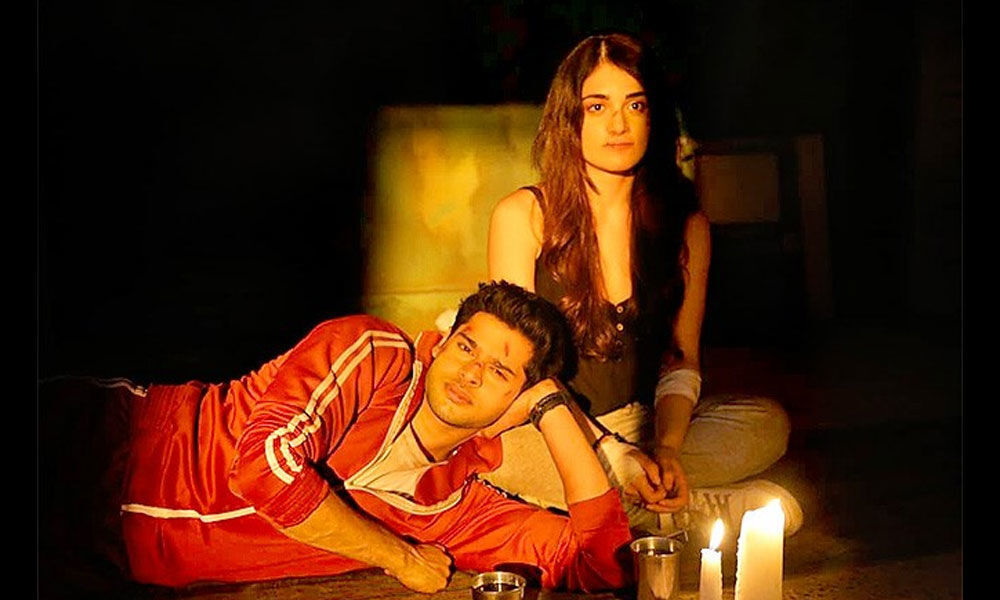 A quirky, action packed, dope retro classic tale of Surya and Supri, which has all the quintessential commercial elements and edge!

A quirky, action packed, dope retro classic tale of Surya and Supri, which has all the quintessential commercial elements and edge!

Mard Ko Dard Nahi Hota is dope when it comes to the music department as well. The film scores high with its catchy lyrics and amazing music.

Debutante Abhimanyu (Surya) is born with a strange condition under tragic circumstances. He is diagnosed with a rare medical disorder called Congenital insensitivity to pain and is tended to by the odd-couple combination of his father and his mischievous grandfather Ajoba.

At home, Surya learns to tend to his own wounds and binges on a whole host of martial arts films on VHS tapes thanks to his grandfather's unique tutelage.

It's the video of an one-legged karate warrior named Mani (Gulshan Devaiah) which particularly catches his fancy and inspires him to chase all street-muggers who he believes are responsible for his mother's death.

Meanwhile, the socially-awkward Surya finds a friend in Supri (Radhika Madan) who rescues him from the bullies in school. The girl might be tigress when it comes to defending Surya, but at home she fails to raise her voice against her abusive father.

A misunderstanding separates Surya and his childhood crush Supri and the film takes a leap of few years. Things take an interesting turn when an adult Surya runs into Supri and the one-legged martial arts star whom he once idolized. What follows next is one heck of a ride with punches, kicks and bullets flying around!

Mard Ko Dard Nahi Hota is first of its kind "Desi-Martial Arts" film, which is never short on quirky punch-lines and whacky humor.