I Was Looking For Challenging Roles, And I Found Saand Ki Aankh Says Taapsee Pannu 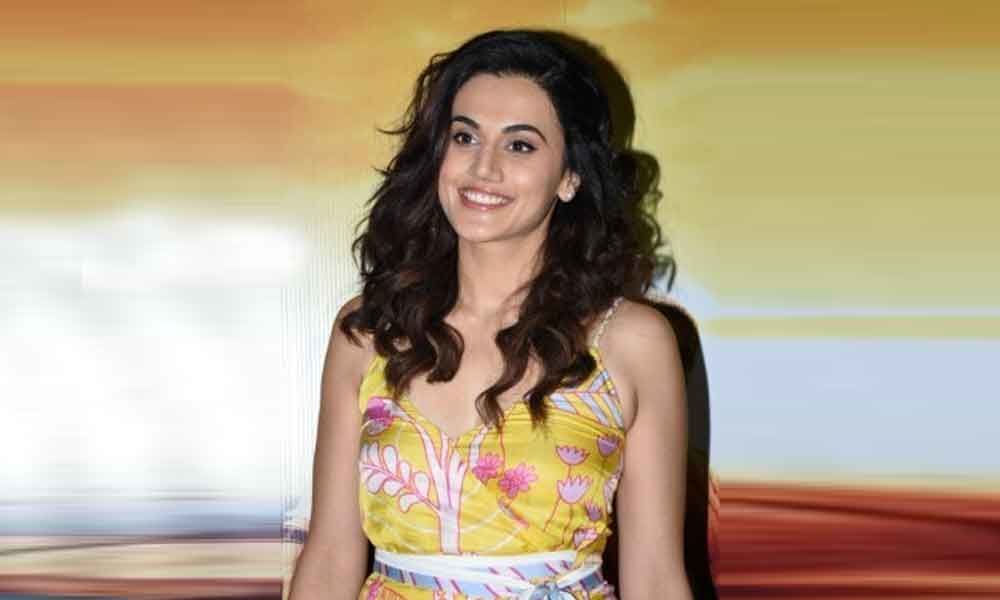 Actress Taapsee Pannu says that she was looking for a challenging role and she immediately agreed to do Saand Ki Aankh. The makers of Saand Ki...

Actress Taapsee Pannu says that she was looking for a challenging role and she immediately agreed to do Saand Ki Aankh.

The makers of Saand Ki Aankh hosted a wrap-up party last night in Mumbai. The entire cast and crew along with Taapsee Pannu, Bhumi Pednekar, Anurag Kashyap, Tushar Hiranandani and many more graced the celebration.

The film is a biopic based on the life of sharpshooters Chandro Tomar and her sister-in-law Prakashi Tomar. The movie stars Taapsee Pannu and Bhumi Pednekar in the leading roles.

Talking about the film and the role, Taapsee Pannu said, "I approached them for this movie and role. I was looking for such a movie, which had two heroines, or there was a challenging role, which I have not done before. So when the script was narrated to me, immediately I said yes"

Taapsee and Bhumi will be seen playing much younger age bracket in the film, which has sparked a debate in film fraternity, about age appropriate roles.

When asked Taapsee Pannu about it, she said, "Just now I came to know when this topic was discussed; why the same age women refused this role, why did the makers took younger girls for the role? My argument was no one asked me anything when I did a college girl role, despite being 30 years old. Why don't people take college aged kids to play college student roles, why much older people are roped in for the role?"

"People who are 50 years old are playing college student roles, and that is okay with everyone. But when a younger actor plays an older role, people starts objecting, which I seriously do not understand. I came to know through my producers, that actresses who were closer to that age bracket had refused to do the film" she added.