'India's Most Wanted' is a pro-Indian film says Arjun Kapoor 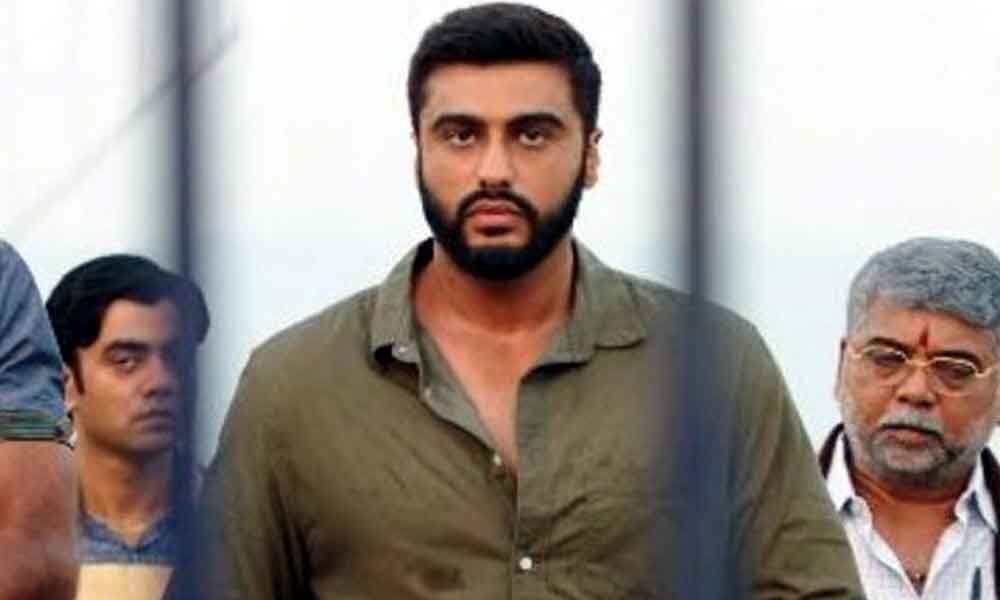 Arjun Kapoor, who is gearing up for the release of ‘India’s Most Wanted’, has said that his upcoming espionage thriller is a pro-Indian film.

Arjun Kapoor, who is gearing up for the release of 'India's Most Wanted', has said that his upcoming espionage thriller is a pro-Indian film.

Arjun Kapoor was interacting with the media at the trailer launch of 'India's Most Waqnted' along with film's director Raj Kumar Gupta and producer Myra Karn on Thursday in Mumbai.

Inspired by true events, 'India's Most Wanted' brings to life the story of one of the biggest covert operations undertaken in the country. It is a story of true grit and determination, of a manhunt led by 5 unlikely heroes, who captured one of India's most dangerous terrorists without firing a single bullet.

When the teaser of the film was launched on April 16, it drew ire on social media for showing a faceless terrorist -- referred to as India's Osama -- citing the Bhagavad Gita to explain the body and soul connection to justify human killing.

Asked about his reaction on the criticism, Arjun said, "I am not a Hindu. I am not a Muslim. I am an Indian. We are all Indians who are making this film.

"Therefore, we are putting our country and humanity before anything. This film is about people who don't think about religion, caste and creed. I do not want to discuss that and give it importance. We would rather want to discuss the work of our intelligence bureau."

Arjun further said: "It's easy for people to type things on the computer sitting at home. But do they go and put themselves out there? People use words to rationalise thoughts. People use religion to make others think in a certain way. We are making a film that is pro-Indian."

When asked about is there any Osama in India, Arjun Kapoor hailed the gallant and relentless efforts of Indian Intelligence agencies, who are making sure nothing bad ever happen again.

He said, "The circumstances which are depicted in the film and the story filmmaker Raj Kumar is trying to tell and written, the person we're talking about, he was such a great danger. Despite him being a danger, nothing dangerous happened. See the Indian Intelligence body, RAW and IB, are making sure nothing bad happens. And thanks to the people, about whom we're talking about, those unsung heroes, and those officers who are out there working"

"We're sitting her and talking, while intelligence officers across Mumbai are working and gathering intelligence, so that there is not another Osama in society. And I hope from the bottom of my heart, that this film becomes historic so that, we can understand that it was definitely a historic win. Agents of India made sure that nothing bad ever happens. But I don't think there is any such person in society now" added Arjun.

'India's Most Wanted' is written & directed by Rajkumar Gupta.