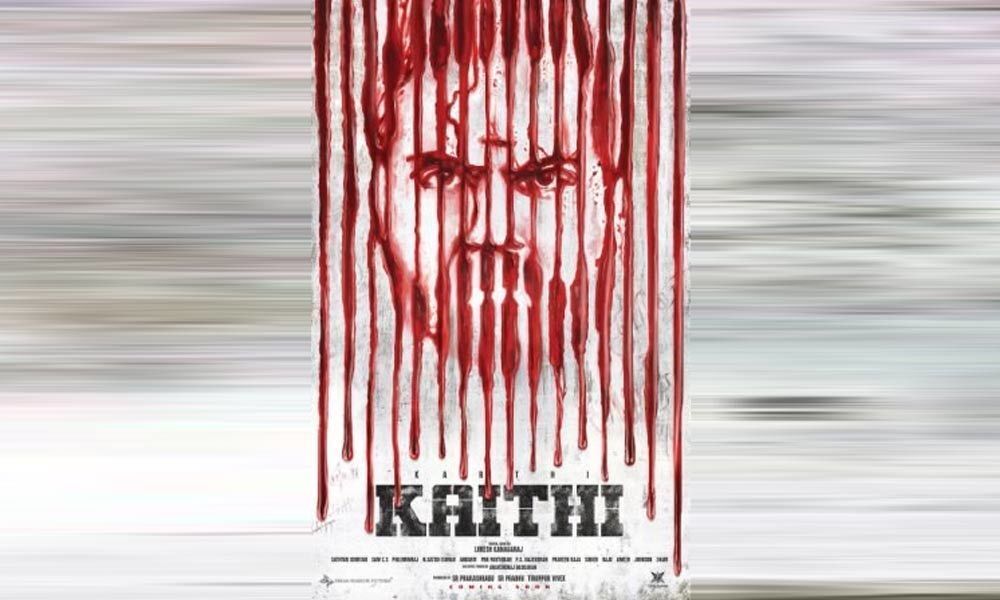 The actor Karthi took to his social media profile and shared the first look poster. He captioned it, "First look of #Kaithi. A full fledged action thriller. Happy to be working with a lot of good actors and technicians. #Kaithi #KaithiFirstLook @itsNarain @Dir_Lokesh @sathyaDP @SamCSmusic"

The film is titled Kaithi, helmed by director Lokesh Kanagaraj of Maanagaram fame, film's title, Kaithi, is a Tamil word which translates to 'prisoner.' The film has no heroine. However, Narain, Dheena and George Mariyan among others will be seen in pivotal roles.

Karthi was last seen in a Tamil romantic action thriller film, titled Dev, based on a road adventure. The film also had Rakul Preet Singh in the lead role. Apart from them, Karthik, Prakash Raj, and Ramya Krishnan were seen playing supportive and pivotal roles in the film.