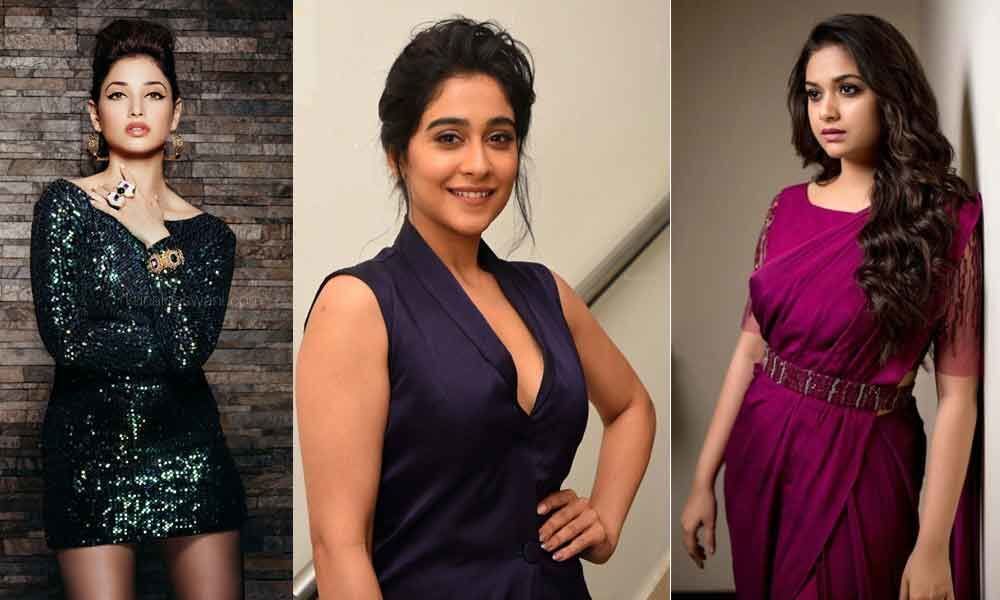 After glam divas like Kajal Agarwal, Tamannaah, Rakul Preet Singh and Regina Cassandra, another Telugu actress Keerthy Suresh is all set to make her debut in Bollywood opposite Ajay Devgn to expand her horizons.

After glam divas like Kajal Agarwal, Tamannaah, Rakul Preet Singh and Regina Cassandra, another Telugu actress Keerthy Suresh is all set to make her debut in Bollywood opposite Ajay Devgn to expand her horizons.

Keerthy's maiden Hindi movie is a biopic on legendary Indian footballer Syed Abdul Rahim. The National Award-winning actress will be donning varied avatars in the movie including a middle-aged woman.

"Telugu actresses are shining bright these days. Apparently, B-town stars are showing keen interest to work with southern sirens. Probably, Keerthy is also joining the race along with her colleagues like Rakul Preet Singh, Tamannaah to make her mark in B-town," says B-town filmmaker Rensil D Silva, who feels that southern cinema has expanded over the years.

"Particularly, Telugu cinema is growing by the day. In fact, B-town filmmakers are watching most of the big ticket Telugu films, unlike selective watch in the past," he adds.

In fact, Tamannaah, walked out of a Telugu movie 'Raju Gari Gadhi 3' to share screen space with Nawazuddin Siddique in 'Bole Chudiyan'. "One way, she has done the right thing because a Hindi film will fetch her pan-India exposure and bigger brand endorsements as well.

May be, Tamannah is looking to deliver a big hit and give her B-town career a boost," says Hindi and Telugu director Krish. Earlier, Rakul Preet Singh tasted success with 'De De Pyar De,' after duds like 'Aiyaary' before returning to T-town with 'Manmadhudu 2'.

"There is nothing wrong in established Telugu actresses trying their luck in Hindi movies to expand their horizons, but they should pick appropriate roles, rather than just doing films for the sake of it. Finally, Rakul Preet Singh managed to score a hit but she hasn't signed any new Hindi film.

Otherwsie they can always return to their home ground-Tollywood," says leading producer Bandla Ganesh, who cites the example of Aasin and Ileana who were top-notch actresses in Telugu but lost in the crowd of bevy of B-town beauties.

"Ileana and Aasin worked with Telugu superstars but had to be content doing films with lesser known actors in B-town," he adds.

However, a top director, on condition of anonymity disclosed, "Actually, Telugu divas are paid around Rs 15 to 20 lakh per Hindi film, so B-town producers are queing up to rope in popular T'wood heroines. Whereas for divas they are exploring Hindi movies. It is win-win situation for both."