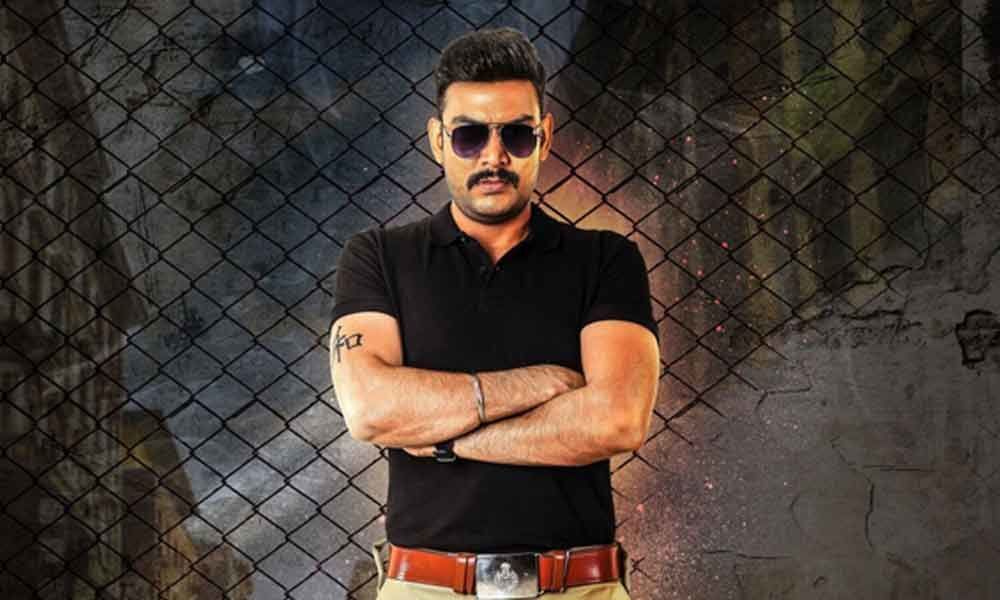 Debutant actor Rupesh Kumar Choudhary is set for a T-town splash with an action thriller '22', being directed by B Shiva Kumar under 'Maa Aai Productions'.

Debutant actor Rupesh Kumar Choudhary is set for a T-town splash with an action thriller '22', being directed by B Shiva Kumar under 'Maa Aai Productions'. Saloni Misra plays the female lead.

Rupesh Kumar Choudhary, who is celebrating his birthday on August 2, said in a press interaction on Thursday. "I hail from a business family. I used to support my dad in business.

Out of my interest in acting, I am making my debut as an actor," On the character in the film, he added, "I am playing a cop in the film. I admired police officers since my childhood.

I never thought that I will be donning khakis in my first film itself. Shiva believed in me and penned this story," He claims to be drawing inspiration from Jr NTR's performance in 'Temper'.

"NTR breathed life into that role and I was also inspired by Pawan Kalyan's role in 'Gabbar Singh", On prepping for the cop's role, he informed, "I usually don't go to gym.

But I had to hit the gym to get into shape for this role for last five months. I am also practicing dance, fights. Earlier, I honed my acting skills under the guidance of Vizag Satyanand Garu, who trained many star heroes in the past," He claims that the cop story is packed with 'twists and 'turns' and he is 'happy' to share screen space with Saloni of 'Falaknama Das' fame.

He is also learning Kung Fu to do some 'breath-taking' action sequences under the guidance of Joshua Master, who composed stunts for 'Bahubali' and 'Saaho' and terms his movie as an 'action-packed one," Finally, talking about his favourite star, Venkatesh, he added, "When I got to know that Venkatesh garu will be gracing our launch event, I couldn't sleep that night."