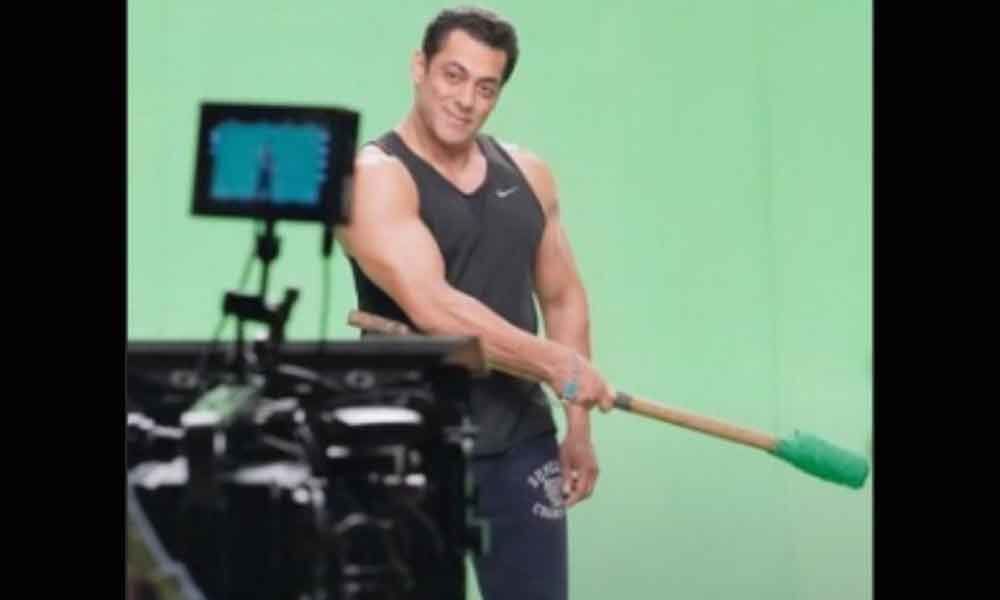 Meanwhile, even as excitement builds, the Bollywood superstar has shot for the first promo of the show at Reliance Studios in Mumbai's Film City.

Colors channel, which will air season 13 of the show from September 29, posted a shooting still of Salman from the promo set, on its Instagram page.

In the picture, Salman is seen in workout gear, flashing that trademark infectious smile.

In the promo, Salman flirts with Surbhi while jogging, and offers her a bouquet of flowers. Then, Karan Wahi, essaying her on-screen lover, enters the screen and snatches the flowers.

Unlike the past years, the Bigg Boss house this year has been erected in Mumbai itself.