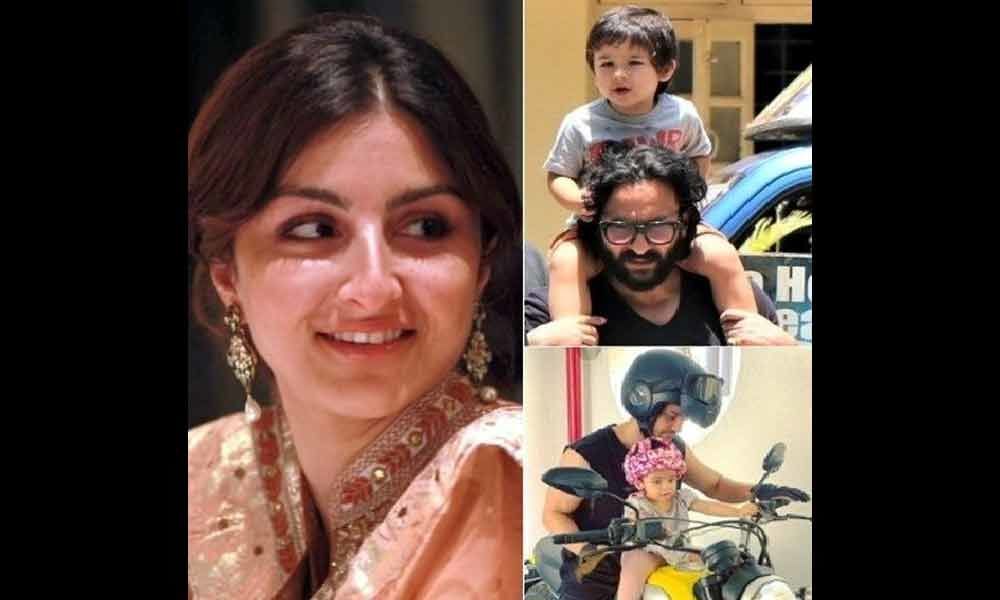 Actress Soha Ali Khan is often seen hosting play-dates for Saif Ali Khan and Kareena Kapoor's son Taimur Ali Khan and her own daughter Inaaya. And now share some interesting habits of both the kids.

Soha Ali Khan was interacting with media on the sidelines of a product launch event here in Mumbai.

"One time, Inaaya pulled Taimur's hair three times, and he didn't say anything, so somewhere he knows it is family and he tolerates her. And they are learning from each other" added Soha.

Recently Kunal Khemu shared a candid picture with her daughter Inaaya on a bike, which had netizens raving about it.

When asked about it, Soha Ali said, "Kunal is an avid biker, he loves biking. And he has always said, when she grows up, obviously when she is of the right age, and then he would like to go out on a bike ride with her. See, there is a lot of time left in that"

Soha Ali Khan launched another revolutionary product in lighting segment, the 'Anti-Bac LED bulb' which kills up to 85% germs within four hours of use by Crompton Greaves Consumer Electrical Limited.

Talking about the product, she said, "I am quite excited to launch the product. I knew that we turn on the bulbs for light, but getting disinfection also, so as a parent, who has a little daughter at home, I find removing bacterial infection quite beneficial. This bulb kills 85% of infection after turning it on for 4 hours. It is safe for kids and pets"