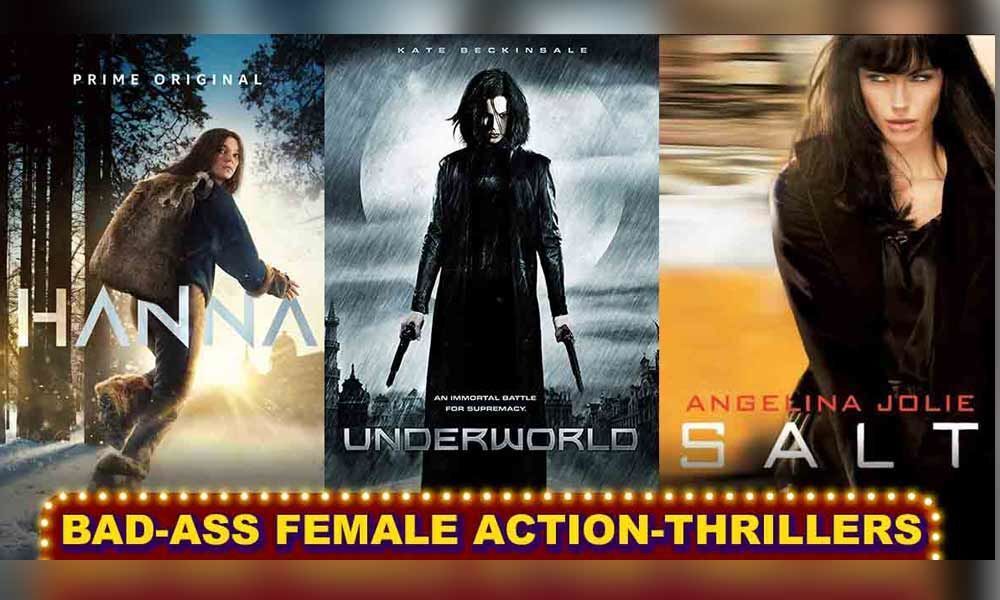 Get your pajamas, popcorn tub and blanket ready! We have a bunch of series shortlisted for you… If you are an action thriller buff and always excited to watch thrillers based on female assassins, then this list is just right for you!

Get your pajamas, popcorn tub and blanket ready! We have a bunch of series shortlisted for you… If you are an action thriller buff and always excited to watch thrillers based on female assassins, then this list is just right for you!

To celebrate our fascination for watching these female cold-blooded killers on the big screen, we've put together this list of female action-thrillers movies.

1. Léon: The Professional (1994) – This 1994 super hit film revolves around a girl named Mathilda who is on a hunt of a corrupt DEA to avenge her family's death. Leon who himself is a professional hitman teaches Mathilda about his profession and slowly transforms her into a deadly assassin.

2. Kill Bill (2003) – From the director, Quentin Tarantino comes the most deadly assassin in the world. After losing her baby and being left for dead by her ex-flame, the bride (code name) is craving for vengeance. One by one she finds the people responsible for ruining her life and then exacts her vengeance in the most gruesome way possible.

3. Underworld (2003) – Starring Kate Beckinsale, the story revolves around the war between the Vampires and the werewolves. When Selene unearths the secret behind her family getting brutally murdered, she goes for a hunt and knows no bounds when it comes to eliminating her enemies.

4. Salt (2010) - Evelyn Salt is a CIA Agent who lives with her archeologist husband in New York. She is accused of being a part of a ruthless Russian spy program while her husband is brutally murdered. The story revolves around as how she goes on a run from the CIA agents and tries her best to not getting caught.

5. Hanna (2019) – Based on the 2011 movie by the same name, 'Hanna' is an upcoming Amazon Prime Video's Prime Original Series which is all set to release on March 29th. The eight episodic drama revolves around a teenager who is raised in isolation and trained to become an assassin by her foster father. Out in the world for the first time, Hanna has to survive a fight to not getting trapped by a CIA agent and to know more about her.

If you haven't seen these action-thrillers already, then get ready to have an amazing binge-watching weekend. You can thank us thank us later.