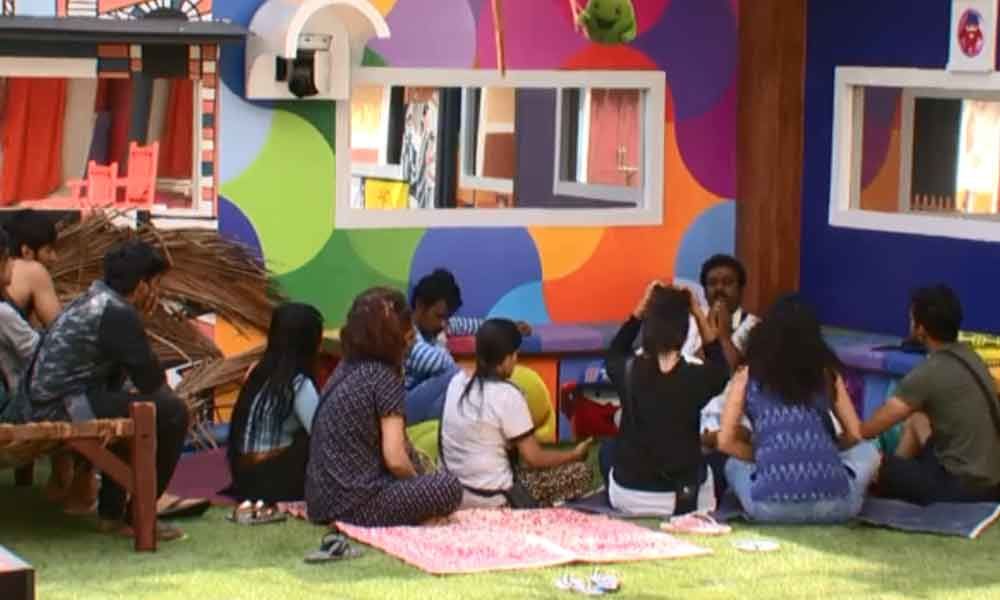 Sandy master teaches everyone about gazing the cattle. Later, Bigg Boss assigned the village task in the house.

Sandy master teaches everyone about gazing the cattle. Later, Bigg Boss assigned the village task in the house.

Cheran and Madhumitha are appointed as the village heads while all the others are villagers and they have to get their issues solved with the help of village heads.

During the task, Losliya Mariyanesan takes Cheran's vessel and hides it. Cheran comes to know about the same and orders punishment for her and restricts her access to the washroom. Cheran objects to the same and Meera gets angry that Madhumita doesn't stand up for her.

Later, Reshma and Cheran get into a fight in the task and many such small fights took place in the house. By the end of the day, Bigg Boss announced that the task is suspended for the day.