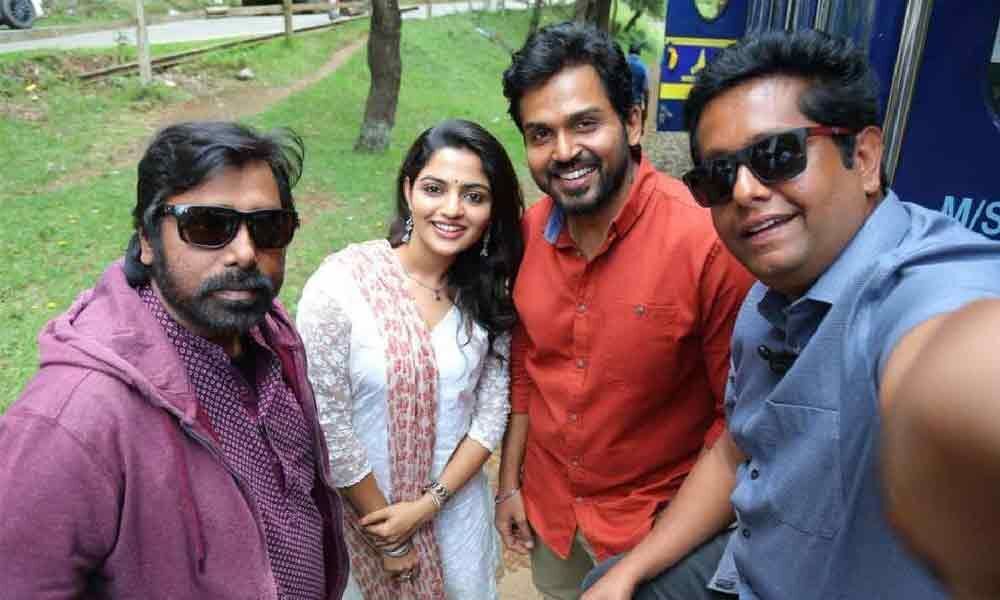 It is already known that hero Karthi and his sister in law Jyothika are teaming up for the first time for a film which is being directed by Malayalam filmmaker Jeetu Joseph.

Both the actors will be seen as siblings in the movie. Jeetu has made a film called Papanasam in Tamil, which had Kamal Haasan in the lead role.

Karthi himself announced the news on social media this afternoon. Nikhila was also seen in Telugu films Meda Meeda Abbayi and Gayatri. She had also worked in a few Tamil films as well.

The shoot of this film went on floors last month. This film also stars Satyaraj and Seetha in other lead roles.

The music of the film is being composed by '96' fame Govind Vasantha. It is being produced by Viacom18 Motion Pictures.