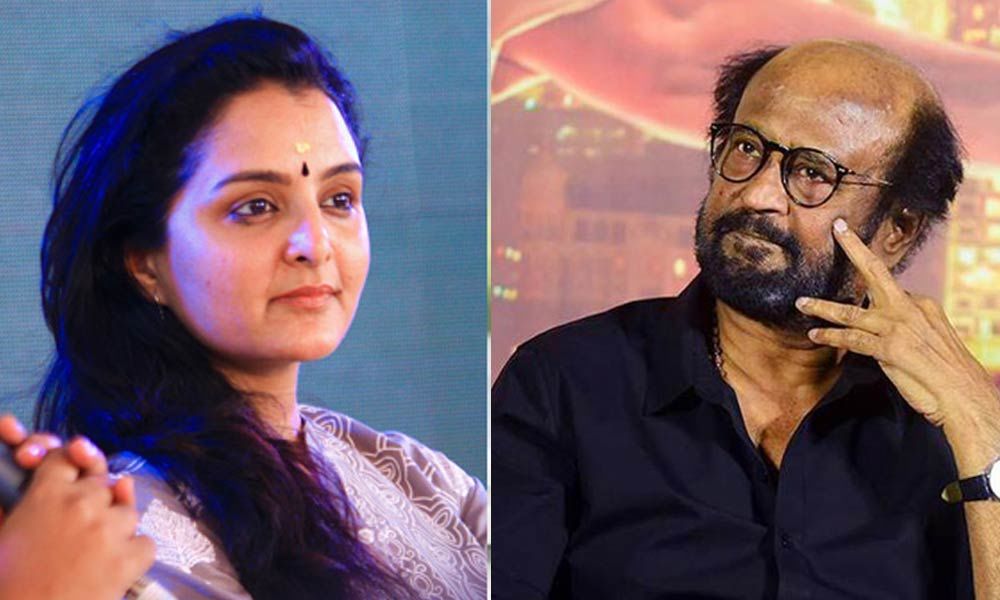 Manju Warrier is on a roll after her the success of her back-to-back movies.

Manju Warrier is on a roll after her the success of her back-to-back movies. She made her Tamil debut with none other than Dhanush in the critically acclaimed with Asuran. She will next be seen in Marakkar: Arabikkadalinte Simham which features Mohanlal. Manju has also grabbed another film titled The Priest with Malayalam actor Mammootty as the lead. Her fans are thrilled with the way her career is progressing as the actress is literally been flooded with offers from filmmakers making movies with huge stars.

The latest we heard was that Manju Warrier was all set to team up with none other than Kollywood Thalaiva Rajinikanth. However, the actress has put all speculation to rest with her statement. In a recent interview, Manju Warrier said that she was never approached by anyone to work in the Rajini movie and dubbed those reports as fake. However, she also wondered if the makers of the Rajini movie were really considering her.

Manju Warrier also went on to hope that she doesn't miss out on the Rajini movie like she did Trisha's 96 which went on to become a super-duper hit.

She signs off by saying that she hopes to work with the Tamil superstar someday.