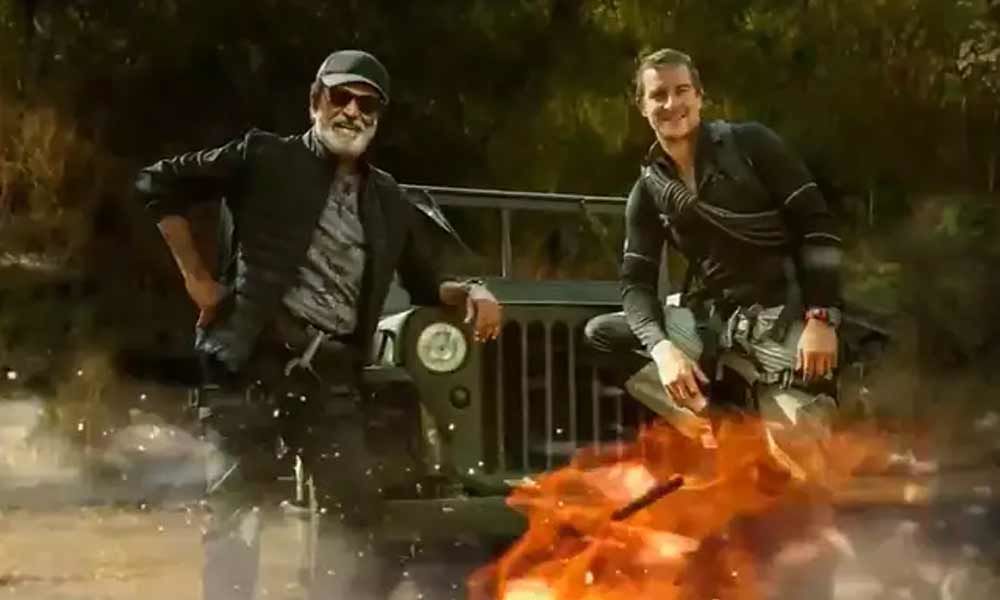 Rajinikanth is all set to make his small screen debut with the world famous show Man Vs Wild. He's the first celebrity and second Indian to be...

Rajinikanth is all set to make his small screen debut with the world famous show Man Vs Wild. He's the first celebrity and second Indian to be featured on the show afte Narendra Modi.

Thalaiva fans have begin countdown to the show and can't contain their excitement about watching the Kollywood superstar spend time in the wild. The episode was shot in the remote regions of Bandipur forest in Karnataka. The Wild with Bear Grylls will air on Discovery channel.

The presenter of the show, Bear Grylls shared Rajinikanth's first look from the show with a message. Here's what he posted...

"Preparing for @Rajinikanth's blockbuster TV debut with an Into The Wild with Bear Grylls motion poster! I have worked with many stars around the world but this one for me was special. Love India."

He also goes on to add that this was an opportunity for him to see a newer side of the Thalaivar. He sayd that in wild, everything is different and that it was fun to get to know the Kollywood actor and also see him in a totally new avatar.

The episode featuring Prime Minister Narendra Modi titled Man Vs wild was shot at the Jim Corbett National Park in the hilly regions of Uttarakhand.