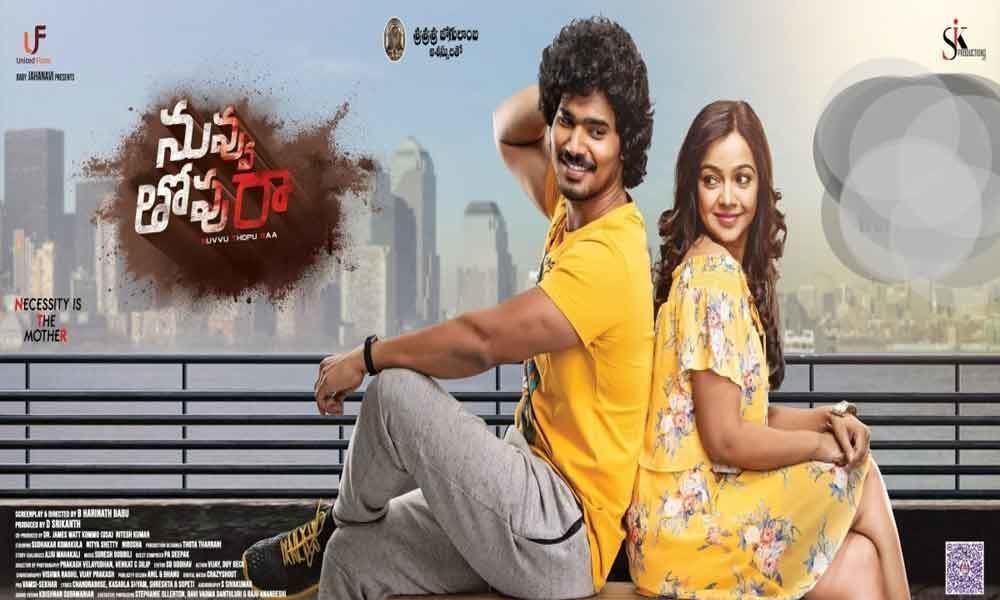 Screenplay and Direction: B. Harinath Babu

Suri (Sudhakar Komakula) is a happy go lucky guy who doesn't care about anything. One day, he falls in love with Ramya (Nithya Shetty) but soon a small issue happens which leads to their breakup and Ramya leaves to the US. Vexed with unemployment and other problems, Suri luckily gets a chance to go to the US. Did Suri convince Ramya? What happens to them? forms the rest of the story.

Sudhakar Komakula has shown a great improvement when compared to his previous outing 'Life is Beautiful'. Be it his dialogue delivery or energy levels or facial expressions, Sudhakar has done a great job and his. We can say that he is definitely a perfect pick for that role. Nithya Shetty looked extremely beautiful in the movie. Despite having a limited screen presence, Nithya Shetty will grab the attention with her performance in the movie. Nirosha Radha's performance added more strength for the film. Duvvasi Mohan and Gemini Suresh delivered their best performances. Deepak Ravella did a good job. Raju Anandeshi and Rakesh Jabardasth evoke good laughs in theatres.

The story can be considered as one of the plus points for the film. Though it is not an out of the box concept, the film will have some easily relatable things that will grab the attention of all sections of the audience. The director has executed the story in a really good manner and his pace of narration is also constant which is really impressive. Production values by Srikanth Daduvai are luxurious. Music by Suresh Bobbili is outstanding. Not only a couple of songs, but also his background score is high spirited and suitable for the film. Both the cinematographer did a good job and delivered some nice visuals for the film. Editing by SB Uddhav is average.

The movie starts off on an interesting note and the entire first half is all about emotions, comedy and romance. Scenes with the hero's mother will impress the audience. Also, the narration is extremely good. The second half will be a little bit dull and some of the unnecessary scenes will test the patience of the audience. Also, the runtime of the movie can be considered as one of the minus points. It would have been nice if the makers handle the climax well as the ending felt rushed. Overall, 'Nuvvu Thopu Raa' is a one time watch with some visible shortcomings.