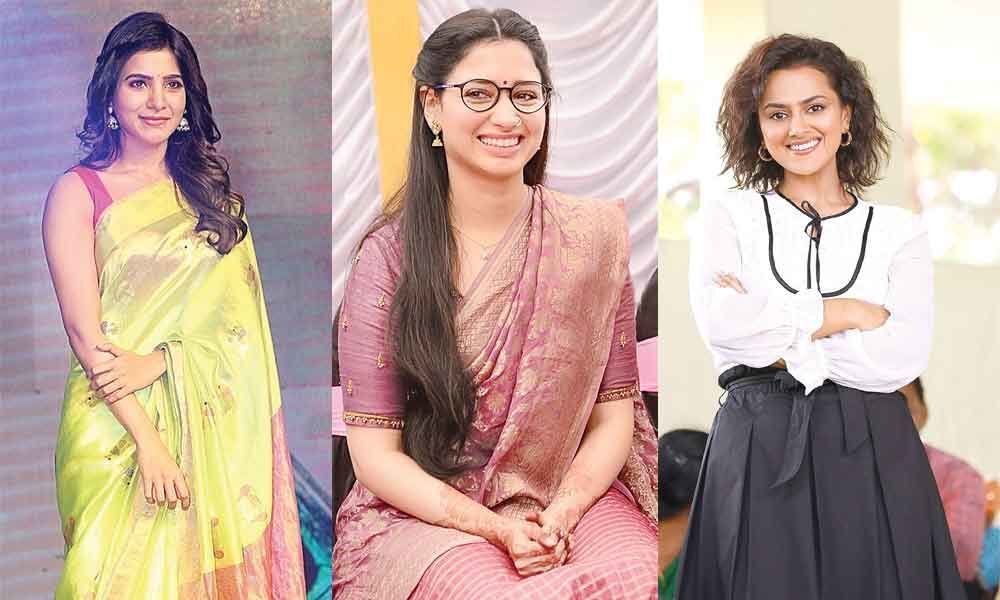 With directors sketching realistic characters, top star Samantha is swaying the audiences with her impeccable performances these days.

With directors sketching realistic characters, top star Samantha is swaying the audiences with her impeccable performances these days. "Samantha's understated performance was one of the hallmarks of blockbuster 'Majili'.

She could have gone overboard considering the role of a weeping wife, rather she made it more relatable with subtle and nuanced performance as a middle-class girl who yearns for her hubby's love," says distributor Ramakrishna and adds "Samantha also did a good job in 'U-Turn' and expected to deliver another power-packed performance in her next 'Super Deluxe' to stamp her class act," he adds.

Surprisingly, debutant actress Shraddha Srinath also delivered a knock-out performance in the latest release 'Jersey' and matched strides with talented actor Nani with ease. "Shraddha should thank herself for getting such powerful role in her debut flick.

She relied on her acting chops and lived up to the expectations. Her expressive eyes and dusky looks make her believable lover girl-turned-wife in the movie. She scores high in emotive scenes and opens up her chances in T-town because T-wood is bereft of talented divas," adds Venkateswar Rao.

Last year, Keerthy Suresh was hailed for her riveting role in 'Mahanati' and she revived the interest for performers in T-town "Along with Keerthy who has become a sought-after performer, Nivedha Thomas also showcased her acting chops in a couple of films including 'Ninnu Kori'.

Some of these actresses proved that you can make it big without indulging in skin show," adds Bharat Bushan, Some actresses get good roles even in star-studded films, while others have to do female-centric movies to showcase their histrionic skills.

"It could be a female-centric film or male-star movie, actresses are hogging the limelight that is key factor.

With new-age directors determined to give heroine's equal importance than just using them as glam props, it is a welcome change and actresses can heave a sigh of relief ," says distributor Vishnumurthy and adds "Even glam girl Tamannaah who oozed loads of glamour in previous movies is donning a de-glam role in 'That is Mahalakshmi' to give her career a new direction.