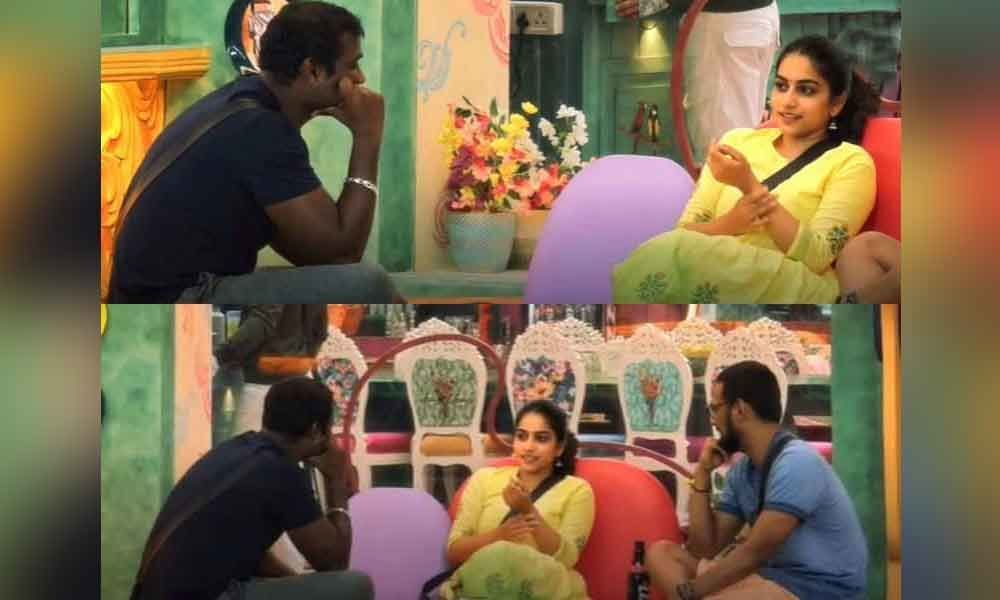 Punarnavi Bhupalam is one of the contestants that joined the third season of Bigg Boss house.

Punarnavi Bhupalam is one of the contestants that joined the third season of Bigg Boss house. The show has come to the end of the second week but nothing great of Punarnavi is heard in the house till date. The actress who made her debut with the movie Uyyala Jampala is seen moving around in the house, in a silent manner. She is restricting herself to the extent of not interacting with others in a jovial manner.

But, on Friday's episode, Punarnavi opened up about a regretful incident that took place in her life.

The actress who came out of an abusive relationship has met a person called Ram, a couple of years back. He is said to have brought Punarnavi out of depression and has given a hope for the life coming ahead. But, due to some misunderstanding like any relation, she is said to have fought with Ram and distanced herself from him. Even though Ram tried to contact her several times, Punarnavi wantedly ignored him and put him away. Punarnavi confessed the same in the house yesterday.

In the end, Punarnavi revealed how her anger and stubbornness overtook her. She revealed that Ram who has been to Srilanka for Easter with friends died in the bomb blast that took place in the country this April.

Punarnavi told the housemates to value the persons when they are alive and not bring egos in between.