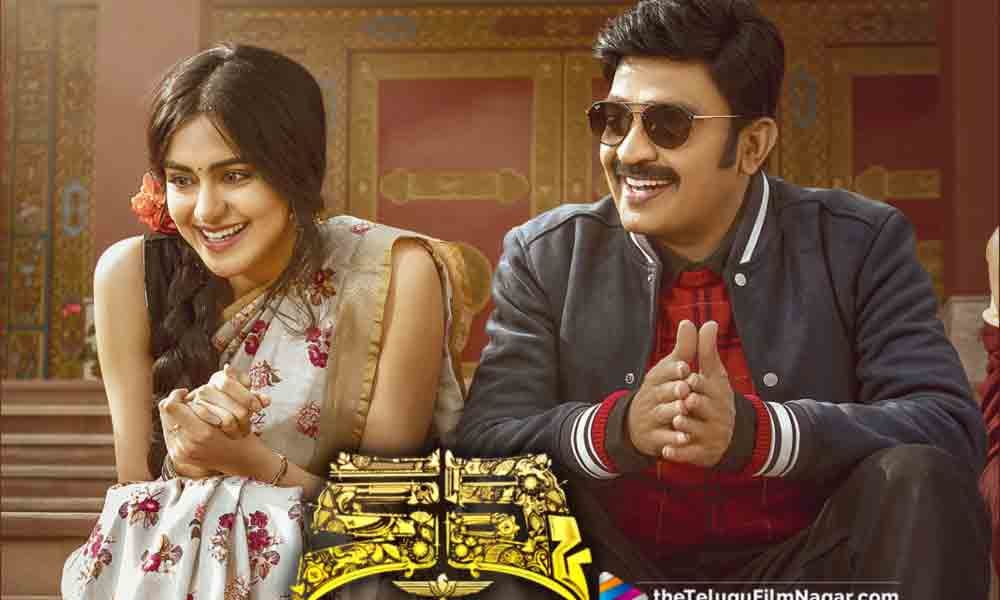 Age has caught up for sure with the 'angry young man' of Telugu cinema, Dr. Rajasekhar. Despite his face well presented with a well dyed hair thatch and the frame as fit as he was earlier in his latest movie.

Age has caught up for sure with the 'angry young man' of Telugu cinema, Dr. Rajasekhar. Despite his face well presented with a well dyed hair thatch and the frame as fit as he was earlier in his latest movie. Having carved a niche during the era of the megastar in the 1980s and 90s, the action hero, now close to 60, still refuses to say die.

Yet, during the first hour of his 'Kalki', a home production, he hardly flexes his muscles. There is no sound of punches or shrieks from junior artistes, even if they are present in sizeable number in this flick set in the 1980s. All that he is shown doing is ride a vintage Jonga-kind of a vehicle, sipping away from a hip flask, with a rap artiste hollering away in the background announcing his arrival, time and again. Yes, there is this reputation that travels ahead of him – a fearless , trigger-happy, encounter specialist cop.

The film, set in Telangana background, with most of the artistes speaking the local lingo commences with a riotous scene into which a newspaper journalist (Rahul Ramakrishna) is reluctantly pushed into for reporting. In an environment, where none can be trusted, there are abandoned palaces, shady characters and spooky side effects. Over and above all this is the village boss and the local MLA (Ashutosh Rana), whose brother is killed by a rival and who swears revenge. Matching the milieu of the bygone era, Rana is shown as a boorish, brazen womaniser who does heinous acts.

Our hero is obviously involved in investigating the case and he has the reporter for company who wants to wind up his assignment and rush back home. That obviously does not happen as the protagonist warms up into his case gradually. Once he does that, then the director Prashanth Varma unleashes a series of stunts, each more gory than the other, which is what one expects of Telugu film heroes. In the meanwhile, the scribe keeps breaking stories, all the while being part of the action with the zealous cop who shares his love story as the woman of his life hovers around in a local hospital (Adah Sharma), mistaking him to be her father's killer.

In spite of a very normal kind of a story, the unfolding of events and interlacing with it contemporary happenings in the world of crime, the film turns out to be quite watchable.

The one-time macho male kind of an image has still been preserved in this film and Rajasekhar manages an above-average fare. With a raunchy item number which goes Horn Pom Pom OK please… this release may even turn out to be accidentally successful for the banner.