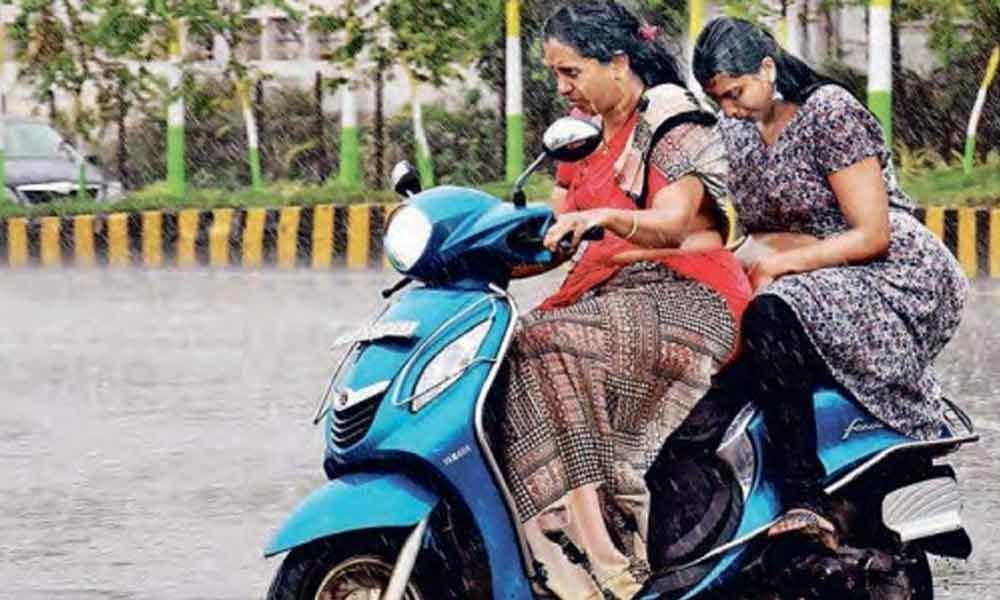 Vijayawada witnessed heavy rainfall on Tuesday morning. the floodwaters logged in the several low lying areas here in the city.

Due to the poor drainage system, people have faced difficulties as the rainwater entered into the houses at Urmila Nagar, Rotary Nagar, and Gollapalem Gattu road.

The state Endowments Minister Vellampalli Srinivas has inspected the areas where the water has standby and alerted the authorities over the relief measures. The locals explained to the Minister that in spite of giving many representations to the previous government still their problems are not been solved.

The roads in several areas were waterlogged while the drains started overflowing causing traffic block for hours in the city. The commuters are facing difficulties as water is flooded on many roads at One town area.