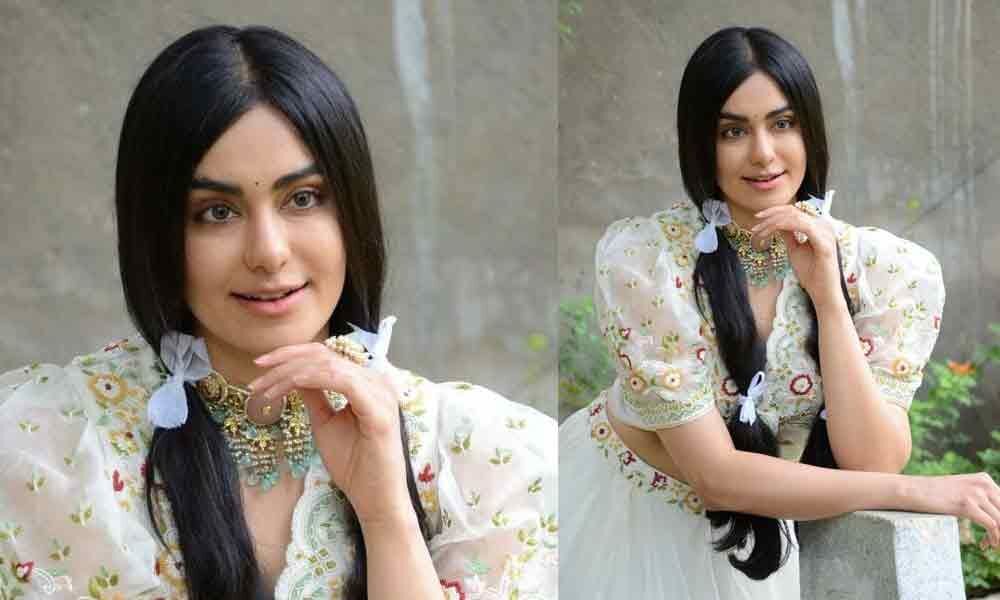 Popular Hindi and Telugu actress Adah Sharma claims that she is living her dream every day.

Popular Hindi and Telugu actress Adah Sharma claims that she is living her dream every day. "There are millions of girls who want to be in place, so I am fortunate to be where I am today.

I wake up every day to live my dream," says the actress, while promoting her Telugu film 'Kalki'. "Actually, I saw Prashant Varma's path-breaking movie 'Awe' and felt it was a cool one.

Later, when he came and narrated my character in 'Kalki', I okayed it," she adds.

Talking about the duration of her role, in the star-centric movie, she reasons, "More than the length, I look into the impact my role would make.

As I am aware it's a Rajasekhar's movie all the way. I also enjoyed working with such a seasoned actor since he is a passionate about his work," she adds.

Citing another instance, she adds "I was advised against doing the role in 'Kshanam' but I proved everybody wrong as it turned out to be a blockbuster," she points out.

On cutting down on Telugu movies, she says "I was always around, so where is question of comeback.

I have signed another Telugu movie which will start from September. Of course, I have become choosy after 'Kshanam," she informs.

She doesn't want to be branded a bold girl, "I want to emulate yesteryear diva Vyjayanthimala Bali who looked stunning in bold and sobre roles.

Hence, I prefer to mix up roles," she points out. Coming back to 'Kalki' she says "First time I was playing a doctor in my career and I liked it very much.

Coz, Prashant created perfect character arc. I enjoyed playing a lover girl who has to express her love through eyes, instead of kissing and hugging, since it is realistic love story," she adds.

More than the language, she goes by the roles, "I am also going to do a Hollywood movie because I look for meaty roles in any language.

In fact, I want to do movies in as many languages as possible," says the star who was seen in B-town movies like '1920' and 'Commando 2'.

"Some directors are approaching me saying that they have written the role keeping me in mind, that gives me a high and renews my confidence," she discloses and adds, "I am also exploring various formats including short films.

Looking forward to the most challenging role that of playing a man in one of my films," she adds.

However, luckily good people in my life have outnumbered the bad ones, making my life peaceful and happy," she reasons.

Despite not being flooded with offers, she is not in a hurry. "I want to be associated with good cinema." she signs off.