It's Taapsee's show all the way… 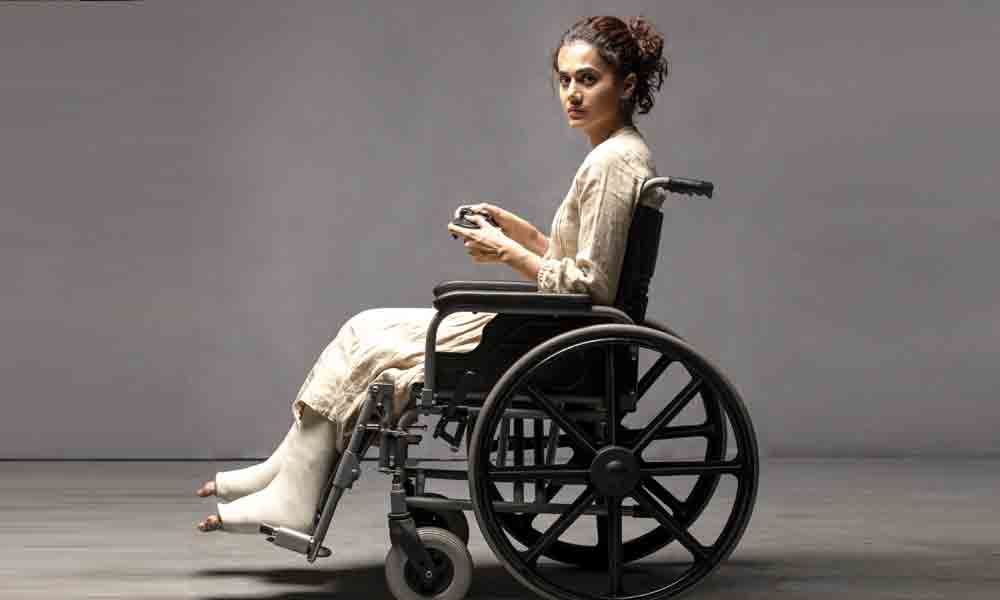 With a calculated recalibration of her filmi career (30 films in all major film industries, beginning 2010) and steering it to a higher level from the routine slot that commercial cinema reserves for heroines, Taapsee Pannu’s biggest moment for the present is her latest release ‘Game Over’.

With a calculated recalibration of her filmi career (30 films in all major film industries, beginning 2010) and steering it to a higher level from the routine slot that commercial cinema reserves for heroines, Taapsee Pannu's biggest moment for the present is her latest release 'Game Over'. A bi-lingual venture released both in Telugu and Tamil, it is helmed by a director, Ashwin Saravanan, who specialises in horror mysteries, the earlier one being 'Mayuri', dubbed from Tamil and released four years ago with Nayantara in the lead role.

Breaking many a stereotype which includes no padding of a popular male character to keep the box-office in mind, this is a whole and sole Taapsee venture. It begins with a grizzly murder where the body is beheaded and set on fire, which naturally has the entire city trembling in fear. It is the work of a crazy serial killer on the prowl.

Using the existing methods of spooking the viewers with light and shade effects and chilling background score (a good job by Ron Ethan Yohann), the director introduces his concept side by side. Taking up a practice called 'memorial tattooing' in which people tattoo themselves to remember their loved ones, (including a portion of their remnants mixed in the potion), Saravanan whips up a story in which a stranger's ashes get mixed into the blood stream of the heroine and what havoc it creates in her life.

A sluggish first half almost makes the film a routine watch but the second half picks up momentum and lends the spunk to the leading lady, who battles her own ghosts as she too has a traumatic past to encounter. Taking care to not let too much of medical jargon confuse the viewers, the narrative keeps to the time-tested human willpower mode and how the tormented ladies use their native smartness to battle the ruthless killers.

The length of the film at barely two hours, without soppy, melodramatic interludes makes it a much better film than what it would have been. A Hollywood-style treatment and feel is weaved in to make it a polished, intelligent kind of a flick which can appeal immensely to the multiplex audiences.