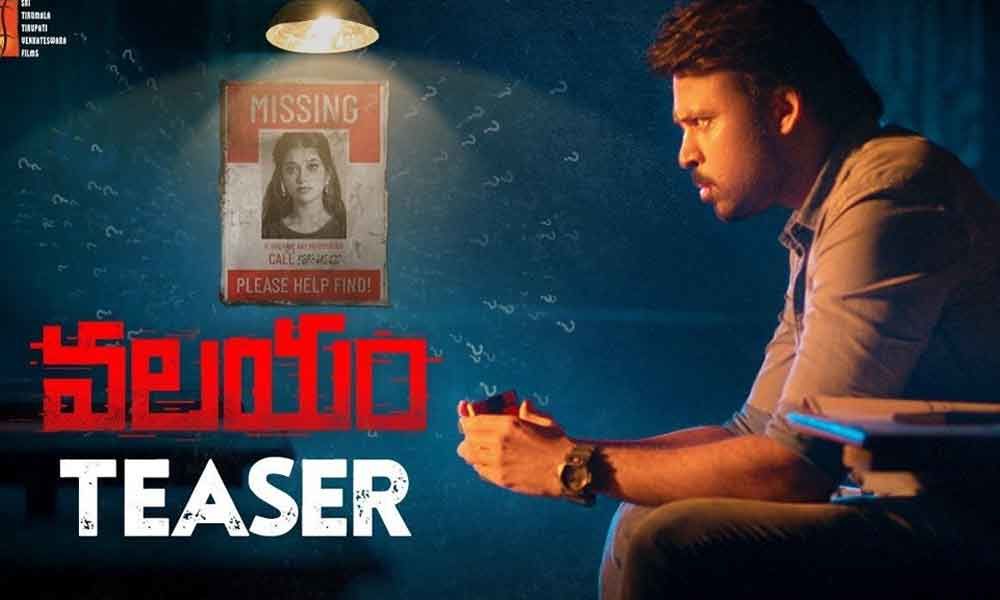 Actor Laksha claims that his upcoming film 'Valayam' has nothing to do with real-life Disha episode that shook Hyderabad and the whole country. 'We...

Actor Laksha claims that his upcoming film 'Valayam' has nothing to do with real-life Disha episode that shook Hyderabad and the whole country. "We fixed 'Disha' as the title for our film but after the incident, we changed it to 'Valayam' because there is no connection with the real-life incident," he says and adds, "I had done a few films as a child artiste and turned producer with 'Bichagadu'. When 'Valayam' script beckoned me, I donned the grease paint once again since the Telugu audience are patronizing content-driven movies these days, he adds. "I involved myself as actor and producer in this movie," he points out. He claims to have shed 20 kilos to fit into the role in this suspense thriller and returned to movies with the support of his family. "We suggested some corrections in the script narrated by director Ramesh and the film shaped up well," he informs. He disclosed that making a film is easier but releasing it is a difficult task. "My passion kept me going," he quips. He is excited as the film is slated for release on February 21. "Keeping my fingers crossed," he signs off.