Posani is like my brother, says SVBC chairman Prudhvi Raj 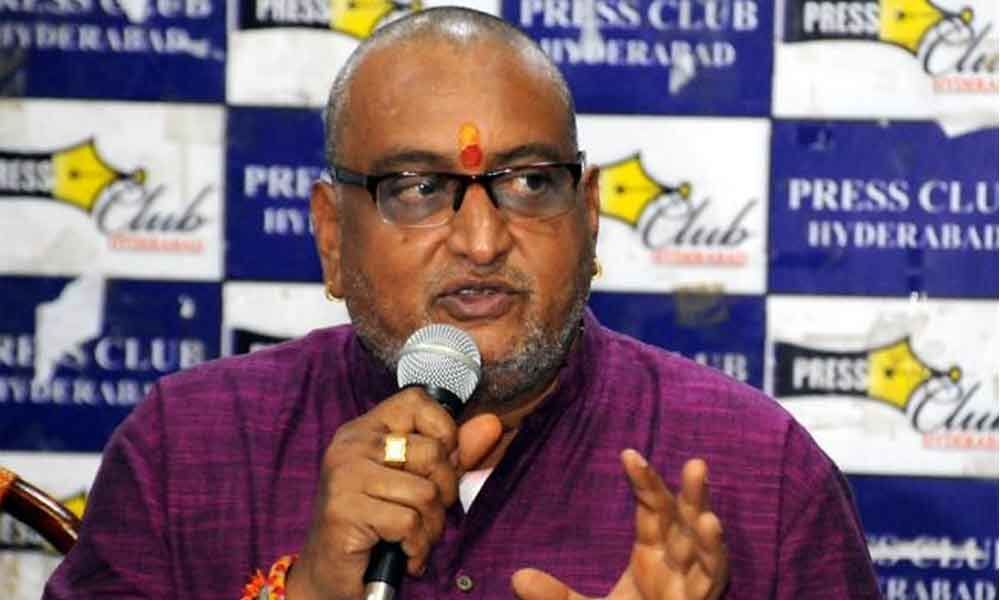 Tollywood comedian and SVBC chairman Prudhvi Raj has condemned the news circulating on social media that he has conflicts with Posani Krishna Murali.

Hyderabad: Tollywood comedian and SVBC chairman Prudhvi Raj has condemned the news circulating on social media that he has conflicts with Posani Krishna Murali.

Addressing the media at Somajiguda press club, Prudhvi clarified that there are no clashes between them, and said Posani is like his brother. The actor added that he would work as an employee by wearing an ID card in SVBC Channel.

Prudhvi also said he would take steps to regularize the contract employees working in the channel and he'll take the issue to the notice of the Chief Minister. On the occasion, he thanked CM YS Jagan Mohan Reddy for believing in him and appointing as the chairman of SVBC Bhakti Channel.

Regarding the irregularities that happened in the channel earlier, he said that neither the Chief Minister nor himself had any intention to take revenge against anyone.

Prudhvi said he is staying in Tirupati for 20 days in a month and working from 9 am to 9 pm every day. He noted that if any found guilty of wrongdoing in the past, then he'll take action against them.