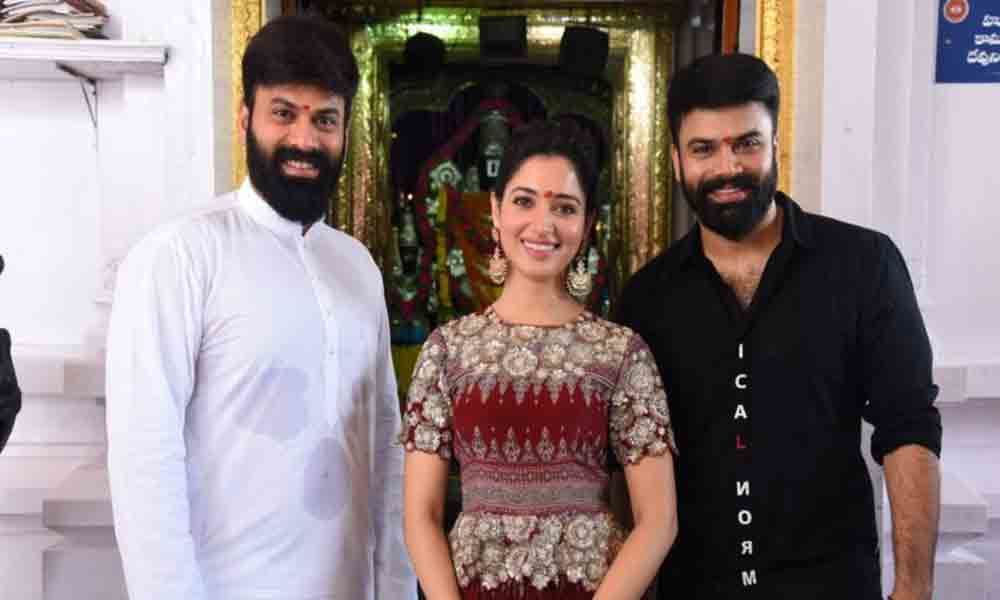 The newly-launched ‘Raaju Gari Gadhi 3’ will feature Tamannaah Bhatia in the lead role while Ashwin Babu plays the male lead.

The newly-launched 'Raaju Gari Gadhi 3' will feature Tamannaah Bhatia in the lead role while Ashwin Babu plays the male lead. Director Ohmkar's 'Raaju Gari Gadhi' was a successful franchise. Taking it forward, Omkar is now coming up with the third part and the film was formally launched on Thursday. Producer 'Dil' Raju was the chief guest at the launch event and sounded the clap board for the first shot.

Urvashi, Ali, Brahmaji, Prabhas Sreenu, Hari Teja and Ajay Ghosh will be seen in supporting roles. The regular shooting of the film will commence from Friday in Hyderabad and ace cameraman Chota K Naidu will crank the camera. Oak Entertainments banner will produce 'Raaju Gari Gadhi 3.' Earlier, Samantha played the avenging ghost in 'Raju Gari Gadhi 2' along with her uncle Nagarjnuna, who was seen as a ghost-buster.