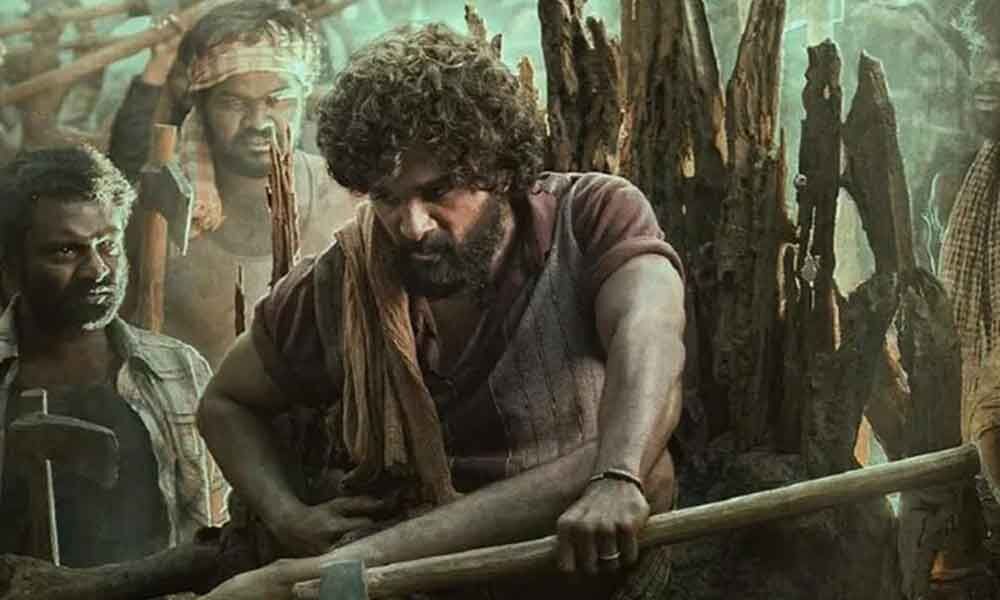 The most awaited teaser of the Pushpa movie is finally out… Calling it out as the 'Introducing Pushpa Raj', the video showed off our dear stylish actor in a complete de-glamour look.

The most awaited teaser of the Pushpa movie is finally out… Calling it out as the 'Introducing Pushpa Raj', the video showed off our dear stylish actor in a complete de-glamour look. Being the plot which deals with red sanders heist in the hills of Andhra Pradesh, it is based on true events. Well, on the occasion of Allu Arjun's birthday tomorrow, the makers have treated the fans with this small teaser and made their day.

Mythri Movie Makers have dropped the teaser of their official Twitter page and within a few minutes, this video is creating a buzz on social media. Take a look!

Along with sharing the video, the makers also jotted down, "Meet Icon Staar @alluarjun as Ferocious #PushpaRaj Fire

The teaser starts by showing a boy whistling to alert the men who are chopping off the sandalwood trees. Then enters the Allu Arjun who is seen running in the forest with a tied-up mask and hands. The intense lorry chasing sequence and Allu Arjun's villager look is just stunning. Even RashmikaMandanna is seen in a village girl avatar wearing a beautiful half-saree. Allu Arjun's ends the video with his powerful dialogue 'Thaggede Le' and that too in Rayalaseema accent. This itself raises the expectations on the movie.

Stylish Star Allu Arjun has stunned all his fans with a complete de-glamour role. Even Devi Sri Prasad's intense BGM also made this teaser worth watching.

Speaking about the 'Pushpa' movie, being a Sukumar directorial it has Allu Arjun and RashmikaMandanna as the lead actors. The story deals with red sanders plot. Speaking about the plot, director Sukumar said, "The red sanders heist in the hills of Andhra is a convoluted nexus that unfurls in the course of the narrative through a coolie-turned-smuggle."

This movie is being produced by Naveen Yerneni and Y. Ravi Shankar under the Mythri Movie makers banner. It also has JagapathiBabu, Prakash Raj, Dhananjay, Sunil, Harish Uthaman and Vennela Kishore in the prominent roles.FahadhFassil is a renowned Mollywood actor who also bagged the prestigious Nation Award and four Kerala State Film Awards at a very young age will be seen in the antagonist role.