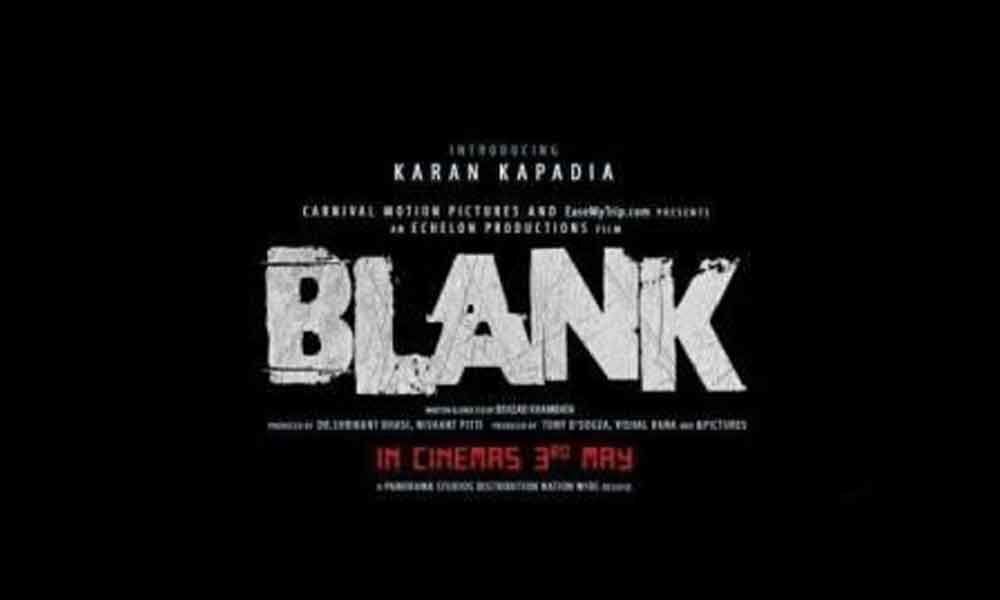 The former actress shared the teaser and captioned it as, "An extremely bold choice for a debut, check out the intensely thrilling #BlankTeaser now. My brother @karankapadiaofficial in #Blank releasing on 3rd May @blankthefilm"

The action-packed thriller is based on terrorism and features, Karan's first look as the suicide bomber. The teaser starts in darkness, with just Sunny Deol's voice over. The teaser reveals that Karan has lost his memory and foes not know that he is a suicide bomber until Deol explains it to him. Sunny seems like a cop or an investigator on the case.

At the end of the teaser, the makers reveal the full length trailer release date as April 4. Directed by Behzad Khambata the film will be out on May 3