Young guns firing on all cylinders 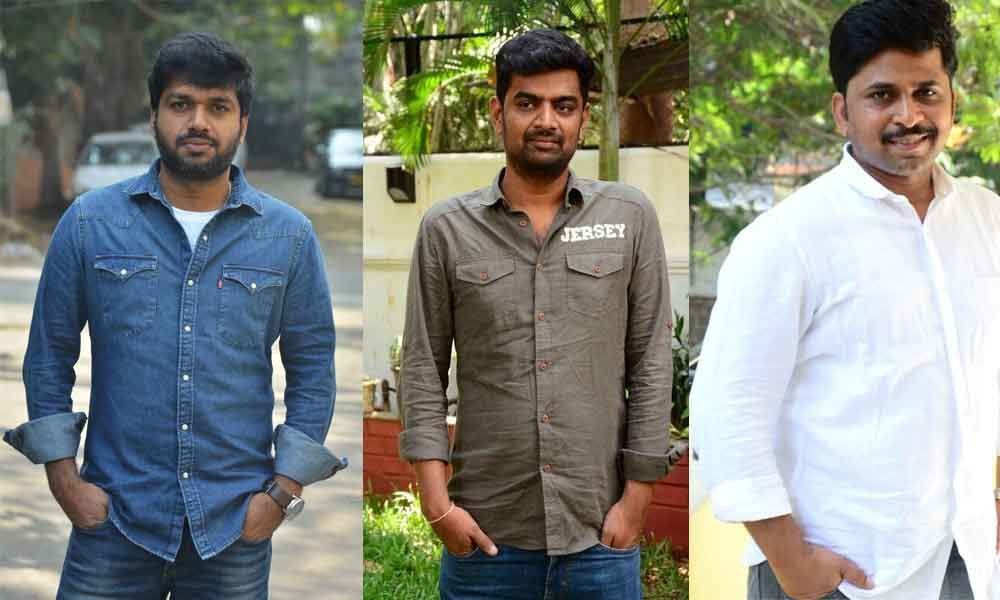 Although three young directors Anil Ravipudi(F2), Shiva Nirvana (Majili) and Gautam Tinnanuri (Jersey) made different kind of movies but struck a chord with masses in a big way this year.

Although three young directors Anil Ravipudi(F2), Shiva Nirvana (Majili) and Gautam Tinnanuri (Jersey) made different kind of movies but struck a chord with masses in a big way this year.

The three movies together garnered more than Rs 100 crore in two Telugu states and showed that the audience are game for variety as well as for regular laugh-riots.

"'F2' was a sensational hit because Venkatesh's comic-timing was at its best and he carried the film on his shoulders, while young actors Varun Tej, Tammanaah and Mehreen ably supported him.

Anil has no qualms in dishing out commercial entertainers and takes lot of cinematic liberties.

His movies enhance the image of big stars, as he doesn't tamper with it.

Hence, he is most sought-after director of leading stars, " says distributor Trinath.

Whereas, Gautam, who made soft romantic film 'Malli Raava', returned with a bang with 'Jersey' and transformed the image of Nani into a tragic cricketer who craves for his identity and dignity.

"It was bit of a gamble since Nani has mostly done fun-centric and lover boy movies but Gautam cast him in a brooding role that demands great performance and Nani lived up to it.

He re-defined the image of a star like Nani and tasted big success that makes Gautam a guy to watch out for," says director Madhura Sreedhar, who also appreciates Nani for showcasing a gamut of emotions with ease.

Another young turk Shiva Nirvana, who made a perfect love story 'Ninnu Kori' , penned a dark role for Naga Chaitanya in 'Majili' and wowed the audience.

"The sweet-talking lover boy of 'Premam' and 'Oka Laila Kosam', turns an abusive husband and fiery youngster in 'Majili', to showcase his darker side.

Director Shiva made a casting coup of sorts by casting real-life couple Naga Chaitanya and Samantha as husband and wife.

Apart from their perfect on screen chemistry, their scintillating performance was a big bonus.

Shiva looks to be a promising director, who wants to explore varied themes and cast stars in different avatars," adds Raj Kandukurri.

Already, last year Nag Ashwin made his mark with 'Mahanati' and raised the bar on Telugu cinema, followed by Tharun Bhascker with 'Eenagaraniki Yemaindi,' Sukumar with 'Rangasthalam'.

With 50-plus directors losing midas touch, it seems to be the season of young turks in T-town.