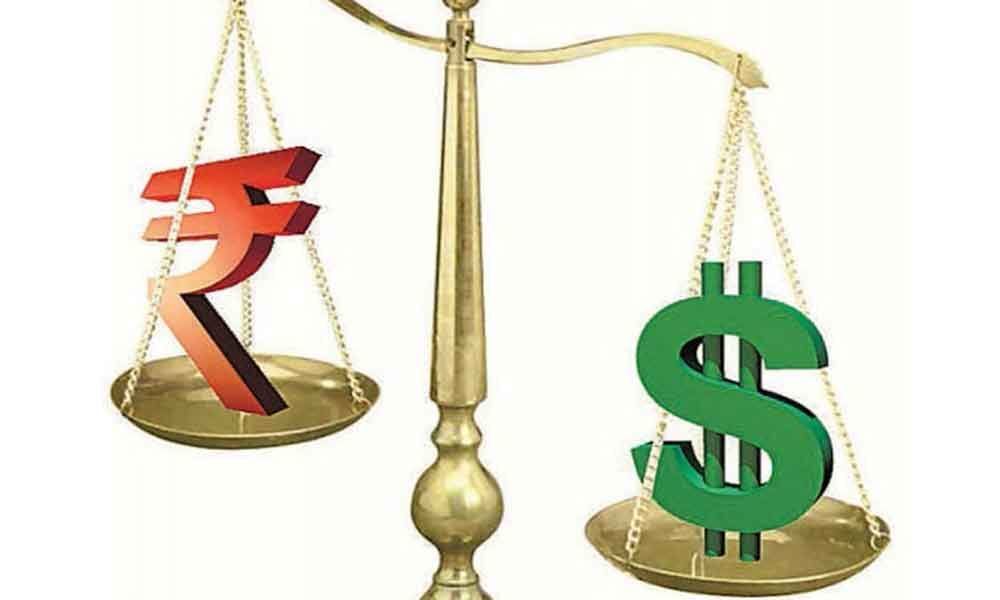 Amid talk of economic slowdown in the US and across the world, the Indian rupee slipped to six-month low on Monday and Tuesday.

Amid talk of economic slowdown in the US and across the world, the Indian rupee slipped to six-month low on Monday and Tuesday. The currency tumbled 28 paise on Tuesday to close at 71.71 against the US dollar.

It hit a low of 71.80 before recovering a bit. It was the lowest level for the rupee since February 4 when it closed at 71.80 apiece against the greenback.

There are many reasons for the latest currency fall but sustained foreign fund outflows seem to be a key factor for the rupee hitting the reverse lane.

Finance Minister Nirmala Sitharaman, in her maiden Budget in July, increased surcharge on super-rich taxpayers who earn over Rs 2 crore. This move will increase their tax outgo.

Foreign portfolio investors (FPIs) who are not registered as corporates in India will also have to shell out the enhanced surcharge. That means up to 42.74 per cent of their earnings will go towards tax payments.

As consequence, there is a mini exodus of FPIs, putting Indian currency under pressure. Additionally, the recent talk of economic slowdown compounded the currency's woes.

Former RBI governor and noted economist Raghuram Rajan termed slowdown as 'worrisome' and called for new set of reforms to put economy on growth track. Steep rise in gold prices is also an indication that all is not well with global economy.

As many as 74 per cent of US economists surveyed recently felt that the world's largest economy would slip in recession as early as 2020. US benchmark 10-year Treasury bond yields hit two-year low, which is another signal that all is not well with the US economy.

Further, the US-China trade war also cast a shadow on the Indian rupee. These global factors are likely to push rupee further down.

But currency depreciation has been biggest bane for India since Independence when one Indian rupee was equal to one US dollar. That means both the currencies were on equal footing 73 years ago. Now, our rupee is nearing 73 against the dollar, which translates into 7,300 per cent depreciation. That's irony.

But we can take solace from the fact that the Indian rupee didn't take the hit the way other Asian currencies did in the recent months. Data reveals that rupee slipped 1.82 per cent against $ till date in 2019. On the other hand, Chinese yuan slipped over two per cent while South Korean currency, won, saw over eight per cent decline.

However, the fact of the matter is that a weak currency will be detrimental to India's ambition of becoming $5 trillion economy by 2025. Keeping currency strong is essential if the country wants to achieve decent GDP growth in dollar terms and reach the coveted economic goal in next five years.

GDP growth in rupee terms will be of no use if the currency depreciates against the greenback.

The biggest beneficiaries of a weak currency are NRIs. Exporters will also benefit a lot. But economy loses its steam if currency loses its sheen. That's the bottom line.