Akshar Yoga launches Yoga is for all campaign 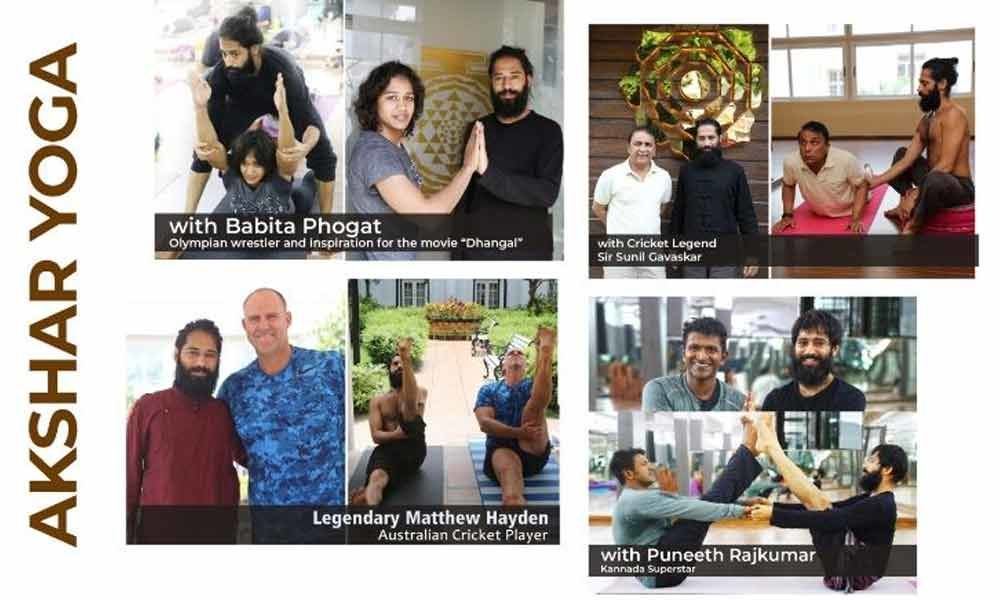 Grand Master Akshar – a yogic icon and spiritual guide announced the launch of ‘Yoga is for all’ campaign in Bengaluru.

Grand Master Akshar – a yogic icon and spiritual guide announced the launch of 'Yoga is for all' campaign in Bengaluru.

Started from 14th June till 30th June, this campaign will be reaching out to over 100 NGOs, charitable organisations, schools, universities, government and private organizations, etc. to achieve the goal of 1,00,000 people sharing joy and happiness of yoga in the city.

The biggest Yogic festival of the year, a celebration of Body, Mind and Spirit, a commemoration of India's contribution to the health of all mankind– "International Yoga Day– 2019".

A glorious proposition made by the Honourable Prime Minister of India was validated and declared by the UN as International Yoga Day since the year 2015.

According to Grand Master Akshar, "Yoga has transcended the boundaries and keenly practiced across the globe. In association with World Yoga Organisation, Yoga is for all campaign is aimed to spread the message of health, peace and happiness.

This Made in India discipline has the potential to alleviate the various health and mind issues confronting the global populace. We hope to magnify the reach of Yoga and International Yoga day is an important step in that direction."

The respected Teachers and Organisations who join hands in making this campaign, a celebration will be honoured with awards in the presence of dignitaries and celebrities on the International Yoga Day at the ITC Windsor, Bengaluru.