Mother's Day is on May 12th: Our first teacher 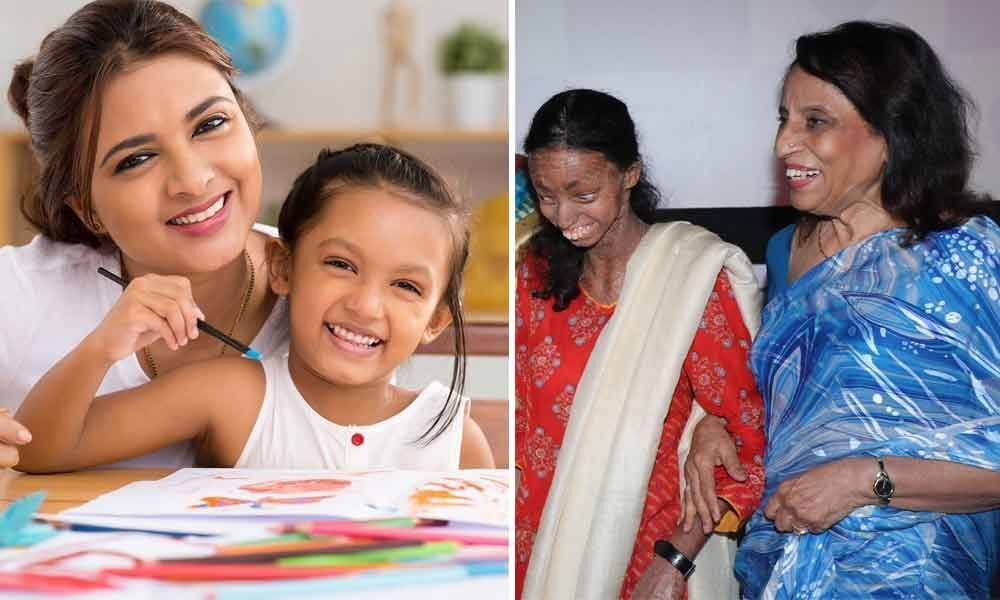 When a child is born, a mother is borntoo, and this bond is incomparable. Motherhood implies nurture and encompasses every emotion that is protective, guiding and loving. From toddler steps and sunny smiles to the first words of a child, the mother is a child's first teacher and one who has the most profound impact. The image of Mary hugging infant Jesus or the pranks of a child Krishna whose doting mother Yashoda goes to great lengths to establish her child's innocence are enduring and tug at the heart as cherished images of unconditional love.

All living beings experience this beautiful emotion where a mother is central to one's existence. Whatever its origins, the annual "Mother's Day'' celebrations in May have gained popularity over the years and are indeed a time to remember that being a mother goes beyond mere biological ties. It is more about the qualities, the care, concern and guiding nature that motherhood symbolizes than the mother herself.Many children who were abandoned by biological mothers as infants but found love and care through those who adopted them probably realise this with greater clarity than those who are more privileged and take things for granted.

One such unconventional story of adoption featured under the "touch of care' series by the Vicks company talks about the love and care showered by Dr Aloma Lobo from Bengaluru who adopted little Nisha from a shelter home where she was abandoned by her biological parents when she was just two weeks old. What is extraordinary about the story is the fact that Nisha suffers from a rare genetic skin condition called"Icthyosis" (affecting one in 10 lakh people) and that she was taken in by the doctor couple who brought her up with the same love and affection showered on their two biological children. "My mother is truly one in a million and she has been my teacher, guide and emotional anchor. Her decision to adopt me seventeen years ago has changed my life and she makes me forget all the discrimination I face in the world outside through her comforting words'," says Nisha. One of the foremost qualities of being a mother would certainly be the capacity for loving your child no matter what.

Being blind to a child's faults and refraining from correcting them when they are young can have disastrous consequences as they step into adulthood. While parenting is a challenge for both parents, mothers certainly have more on their plate. The role of mothers as teachers and enforcers of discipline remain unchanged despite the many sweeping changes in our technology driven society. In the joint families of the past a lot of care was taken to ensure that a child is protected from "evil eyes" and no pictures were taken of new born babies.

Today's newborns are "all eyes' as they become camera savvy the moment they arrive in this world. However despite the various gadgets, the availability of information and changing social mores, the role of mothers as teachers remain more crucial than ever. A mother walks a tight rope. Being uncompromising and rigid can come with its own set of problems while being too liberal can result in precocious children and pernicious adults. Achieving a healthy balance between the two is often the crux of the issue for young mothers. As daughters grow older and become mothers themselves they realise the value of their mothers and their role in making them what they are. Acknowledging the trials, travails and triumphs of motherhood is then a fitting tribute to all mothers on "Mother's day"