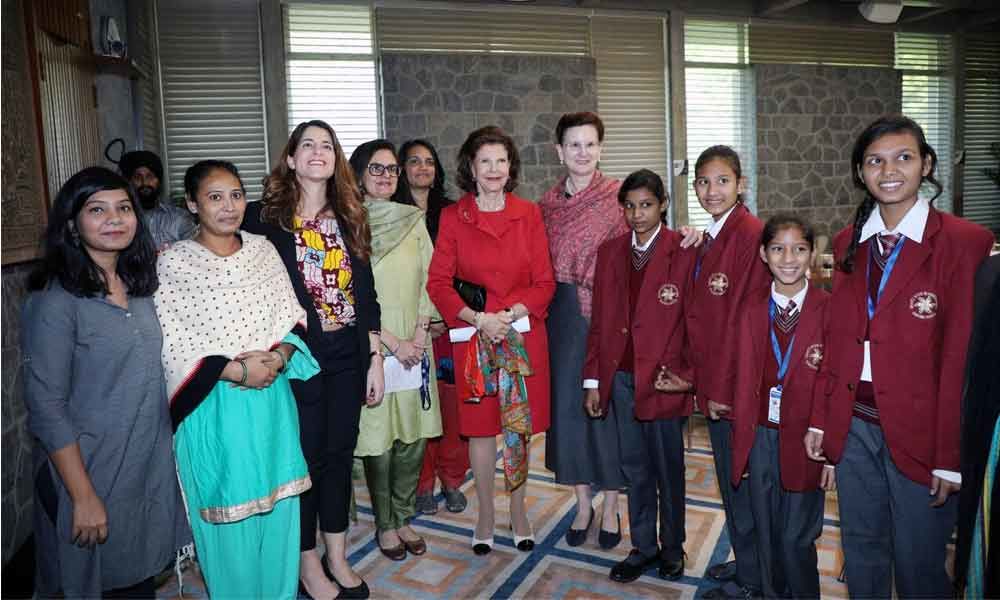 Swedish Queen Silvia Renate Sommerlath, who is here on a state visit, has visited United Nations office in the national capital to attend a seminar on ...

Swedish Queen Silvia Renate Sommerlath, who is here on a state visit, has visited United Nations office in the national capital to attend a seminar on human trafficking in India and South Asiaon December 3rd, 2019.

Upon her arrival at the UN office, Her Majesty was greeted byUN resident coordinator Renata Lok-Dessallien. The seminar addressed trafficking issues in India and South Asia, particularly focusing on children.

Representatives from UNODC and UNICEF participated in the programme to give their expertise on the matter.ApneAap, a grassroots organisation, working towards empowering girls and women to resist and end sex trafficking, were also present.This organisation was founded by 22 courageous women in prostitution, who had a vision for a world where no woman could be bought or sold.

In the beginning, there was a presentation by Deepika Naruka, regional programme coordinator on anti-human trafficking, UNODC, on the current state of trafficking in India and the region, and the underlying problems and root causes.

Following this, there was a presentation by Soledad Herrero, chief of child protection, UNICEF, on children in trafficking, followed by a presentation by Ruchira Gupta, president and founder of ApneAap on the organisation's work to empower girls and women to resist and end sex trafficking by organisingmarginalised women and girls.

To sensitise the audience on child trafficking, a video screening of two hard-hitting film clips took place, made by children involved in ApneAap'sprograms. Post the seminar, she met and interacted with the victims of trafficking and their children.