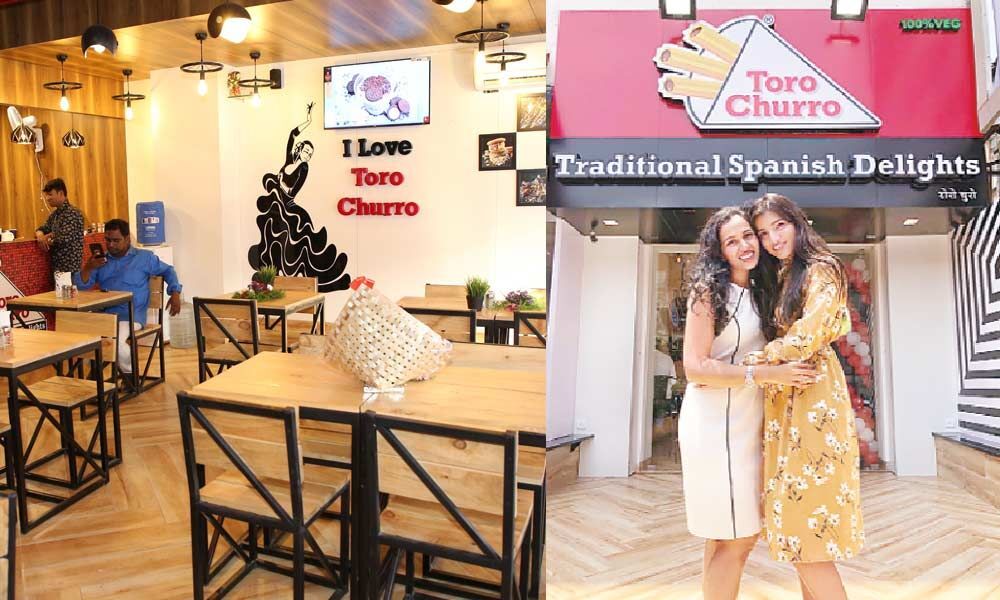 The love to bake and the liking to savour and offer different cuisines led two young sisters turn into entrepreneurs. Their brand of Spanish delicacy ‘Toro Churros’ is customised to be vegetarian, in multiple varieties

Two Mumbai-based sisters, Miti Jain and Somi Jain, of the ages 23 and 19 respectively converted their passion towards baking into a small enterprise, by bringing to India a Spanish delicacy 'Churros', all the way from New Zealand -a desert line called 'Toro Churro'.

Speaking with The Hans India, the sisters divulge that Somi, the younger sister is an amazing baker and Miti, the elder one is a foodie, who loves to indulge in different food and finds pride in offering them to people around her.

This love for food was just the reason for them to ponder on starting their own snack bar.

The sisters echo together, the idea to start a business was mutual, and they settled on churros after having tried out different options, keeping waffles and pancakes as their safe bets. "Every day of the first month, we tried something new.

We toyed with the idea of candy floss, fruit and yogurt popsicles, and even cookie dough before we finally settled on churros," Miti sighs with relief on having found their calling.

But, how did they get the idea of churro?Miti shares, "A couple of years ago, both of us were on a vacation in Switzerland where we ate churros; that is when the idea struck.

There was only one outlet in India that served churros during the time, so we thought why not?" And, Somi adds that this was around the period when Belgian waffles had just hit the Indian culinary market and pancakes were gaining popularity as well.

However, a bigger task stared at them and that was to persuade their elders. "We were pretty adamant to convince our parents.

For three months, we worked on mastering the batter for our churros, we wanted an eggless batter which gave a crispy feeling on the outside but with a soft texture on the inside.

Eventually, we perfected our measurements and achieved just that," says the younger sister, while the elder one quickly adds, "The next step was gaining recognition, for which we participated in local events, flea markets and college fests.

The response we got was overwhelming, so much so that it convinced our parents to support us and go ahead with it."

Two steps ahead with many steps to climb, it takes patience to be an entrepreneur. Above that, siblings working together, requires co-ordination and understanding.

Agreeing to this, the sisters recollect, "We were both super excited and would try our hand at anything that needed attention, there was no division of who would do what.

This led to so much of confusion. Eventually, we divided the responsibilities and once that was sorted, it was all smooth sailing."

Toro Churro, a franchise of the New Zealand snack bar, was brought to Mumbai on April 18, 2018 and entered Hyderabad on March 13, 2019. The vibrant city filled with food lovers attracted them to the city of Nizams.

Informing about their zest towards this city, the sisters say, "What got us enraptured with Hyderabad is its love for food and the fact that they are aware of the churro concept.

Our excitement peaked the second we found out that the intended outlet spot for Toro Churro was once THE place to go to for Churros."

Opened in the heart of the tech hub, the sisters have a long way ahead, to gain traction and sustain too.

Positive about the response, they rely on zomato reviews to testify their popularity.

Looking forward, plans up the sleeves for these sisters are to expand their presence by entering new cities and share the Spanish delicacy with all the sweet cravers.