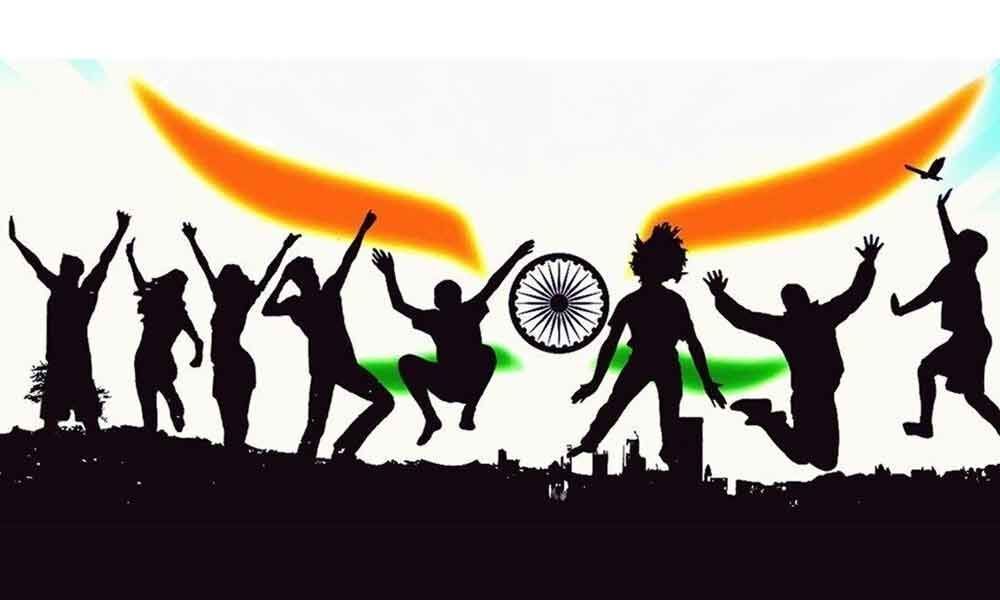 In one of the most extensive qualitative GEN Z (18-23) youth surveys done across the country, Yuvaa, in partnership with InUth, has found out that the top issue on the mind of young voters is women’s safety and empowerment.

In one of the most extensive qualitative GEN Z (18-23) youth surveys done across the country, Yuvaa, in partnership with InUth, has found out that the top issue on the mind of young voters is women's safety and empowerment.

This was followed by communal politics and violence and corruption, as the top reasons that will get young voters to cast their vote.

Yuvaa travelled between January and March across 25 Indian cities (in North, South, East, West, Central and North East zones), and interviewed over a 1000 youth in 65+ colleges (including IITs, NITs, AIIMS, IIMs, NIFTs, and more) from across economic divides to understand the first time voter, for a video series called YOUTH ADDA, in partnership with InUth.

The qualitative interviews were then mined for quantitative data, and the results give a sharp insight on what the first time voter is voting for in this election season (and whether or not they are going to vote at all).

While students across tiers and gender agreed on the importance of voting, 29 per cent said they won't be voting or are unable to vote because they don't have a Voter ID and/or did not know how to make one.

There were many insights that were derived out of the survey, some of the top ones are given below:

On Politics: 55.6 per cent youth view 'politics' negatively, 11.1 per cent are neutral and only 33.3 per cent are positive about it.

The lack of youth representation was given as the biggest reason for the disinterest/dislike towards politics, followed by communal hatred and corruption. Interestingly, a majority of the students said that they would vote based on the candidate and not the party.

On Important issues: Over 20 per cent Gen Z students felt that women safety and empowerment was the most important issue facing the country today.

This number was consistent across tiers and gender. But while for women, the other top issues were corruption and poverty, for men it was communal violence and education.

Students among tier 1 cities like Delhi, Kolkata, Hyderabad, Bangalore felt corruption and communal violence are the other most significant issues that will compel them to vote, whereas for tier 2, the other issues to vote for were education and infrastructure.

On Social Media: An overwhelming 74.3 per cent students viewed social media negatively and 11.4 per cent were neutral, and among women and tier 2 students, the number was as high as 80 per cent.

The biggest reason given for disliking social media as a political/campaign tool/platform was 'fake news' (47.1 per cent).

20.6 per cent found meme culture as toxic in campaigning while 20.6 per cent equally thought radicalisation/communal hatred online was one of the reasons social media has become a negative experience for them during election season.

Other topics: 68 per cent of students viewed NOTA positively, with many calling it a 'protest vote'.

Over 62 per cent students were in favour of students politics and most felt that it would help more youth engage with politics on a larger level.

An overwhelming majority of students interviewed (86 per cent) viewed the current Prime Minister Narendra Modi positively, primarily due to 'development' and 'international diplomacy'.

More tier 2 and male students viewed him positively, but interestingly, not everyone who supported PM Modi supported BJP, instead believing that candidate and party should be seen as separate entities.

Among all students who viewed PM Modi negatively, blamed BJP's 'communal politics' for the reason.

Yuvaa and InUit'Youth Adda is a 10-part miniseries that will be released on all social media on the channels of both the youth organisations. Three parts of the series are already out.