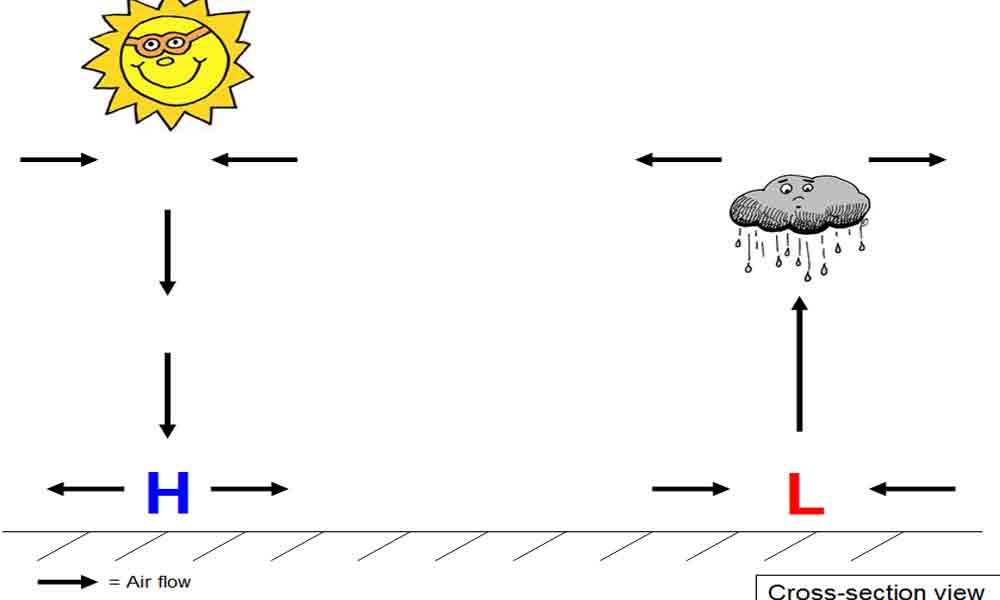 Although we notice the biggest shifts in weather patterns with changing seasons, weather can change rapidly from day to day and even from one hour to...

Although we notice the biggest shifts in weather patterns with changing seasons, weather can change rapidly from day to day and even from one hour to the next! The weather we experience each day depends a lot on the pressure and temperature of the air around us as well as many factors in Earth's atmosphere. Make your own barometer to learn more about air pressure and how it affects the weather.

Storms and Air Pressure: Our daily weather depends on lots of things that happen in the earth's atmosphere. The atmosphere surrounds Earth, going up for more than 300 miles until it blends in with space! It contains water vapor (moisture in the form of a gas, like steam), which can form clouds.

Have you ever heard that hot air rises? That's true! As air heats up, its molecules expand and spread out, making the air less dense than it was before. It floats up through the denser cooler air. As the warm air rises, it starts to cool off and its molecules move closer together, causing it to sink again. The air surrounding the Earth is constantly moving.

The air also has pressure, which is the weight of the atmosphere pressing down. Air pressure can be measured with a tool called a barometer. High pressure develops in areas where air cools and sinks. This usually causes fair weather with cool temperatures and few clouds.

Low pressure tends to cause warmer stormy weather. Air masses with different temperatures and amounts of moisture (humidity) are sort of like oil and water – they don't mix well! Rather than blending together, they push against each other creating clouds that can develop into storms.

Tornadoes: Tornadoes, also called twisters, are violent pillars of spiraling air accompanied by powerful wind. They usually happen very quickly and only travel a few miles, but can destroy whatever is in their path. They can reach speeds of 300 miles per hour (mph) and tear roofs from houses and launch cars through the air! The central part of the U.S., from Texas through South Dakota, experiences so many tornadoes each year that it's earned the nickname "Tornado Alley."

Large thunderstorms are formed when cool, dry air mixes with warm, moist air. In "Tornado Alley," cool, dry air is pushed down from the Rocky Mountain range or Canada while warm, moist air comes up from the Gulf of Mexico. Since warm air and cool air have different pressure, they swirl and spin when they meet, becoming unstable.

If there's also a lot of moisture in the air and rapidly swirling winds, a horizontal column of spinning air might form inside the thunderstorm. This swirling air can quickly become a funnel cloud and with the downward force of rain, hail, and wind, the funnel can get tipped or tilted (into a vertical position), sweeping across the ground as a tornado.