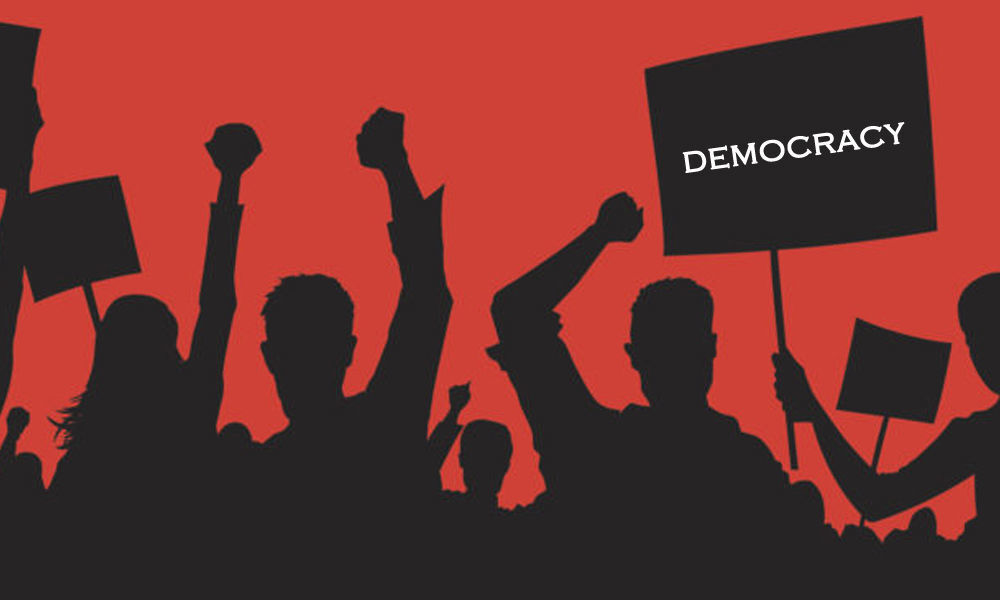 India has over the decades emerged as a leading light in the democratic world on two counts - the masses here have proven their ability to oust well...

India has over the decades emerged as a leading light in the democratic world on two counts - the masses here have proven their ability to oust well entrenched regimes from power and have demonstrated their wisdom in opting for clean governance, assurance of development and national stability and security.

And this has happened in spite of that typically Indian social phenomenon of caste and creed affinities ruling the political turf.

At crucial junctures, like in 1977, 1980 and 2014, the people at large showed their disapproval of dictatorial rule, political instability and corruption respectively and responded unitedly cutting across party loyalties to a significant extent.

In 2014, Prime Minister Narendra Modi came on the scene at the national level as a new leader who could put down corruption with a strong-handed governance.

This image of his still holds even as questions of economic uplift of the people are getting centre-stage and his readiness to take big decisions upfront is being projected by his critics as an 'autocratic' trait rather than a leadership quality of 'decisiveness'.

After the air strike at Balakot, Pakistan, the perception of the Modi government having responded strongly to the threats to national security emanating from Pakistan prevails at the mass level.

This will weigh in with other local and immediate factors of relevance for a voter as the election closes in. The state of equilibrium between political parties differs from region to region in India and what may determine the poll results will, therefore, be the degree to which multilateral contests are minimised in favour of a more direct confrontation.

At the national level, three paradigms will govern the election outcome - performance of the Bharatiya Janata Party (BJP) in the Hindi heartland, effectiveness of non-BJP combinations in the South and the prospects of BJP making up for any deficiency in its tally of seats in the Hindi belt, in the Western and Eastern parts of India.

The BJP's rural outreach was not a strong point of the party but it can be presumed to be a little better today than it was in 2014. The rural and urban unemployment is large but new work opportunities - small but significant - have been a mitigating factor.

The aspirational youth is demanding towards the government but is positive on Modi's leadership. Salaried classes and men in uniform have a sense of satisfaction over whatever the Modi government was doing for them.

Certain segments of the middle class - given to finding fault with any government -influence politics only in a limited way. Election campaigns are rhetorical, not making a long-lasting impact but social media is now a definite influencer and a tool of perception management for urban India. BJP seems to be better geared on this front.

The people of India have a history of being very sensitive to the security threats to the nation. In a situation of crisis for national security they would muster behind strong responses of the rulers even forgetting their economic concerns.

The air strike at Balakot, deep inside Pakistan, to take out the most important Jaish-e- Mohammed (JeM) establishment is hailed by Indians as the doing of the valorous IAF but they also acknowledge and appreciate it as an expression of the political will displayed by Prime Minister Modi in dealing with terror.

People will remember it while voting but they will also exercise their choice on an intelligent assessment of the overall success of the Modi regime in giving the average Indian a sense of economic upgrade and social security.

It is a proven trait of the Indian electorate that the voter scans the locally available caste and regional leadership and weighs their promises with what was being offered by the distant rulers at the Centre belonging to a different party.

However, since the State level parties are still not a part of any visible alternative to the Modi regime at Delhi, the voters outside of the circle of hardcore loyalists of the regional groups would exercise an independent electoral choice.

On economic issues, the overriding public impression about the Modi government is that an effort to improve things for the ordinary people was made even if the results were not yet satisfactory enough and that intentions of the Centre in any case could not be doubted.

This impression seems to have made a favourable impact on women voters. All of this works for the BJP. The anti-Modi campaign on the issue of Rafale has also drawn attention to the baggage of past regimes in the area of corruption without jeopardising the image of the Modi cabinet as such.

The diatribe around the word 'Chowkidar' saw the BJP calling upon the people to become 'vigilant citizens' emulating Modi. This could cut some ice with the masses.

The key factor in the coming election, ultimately, would be the unity - constituency-wise - that the opposition could demonstrate in the fielding of candidates.

In Uttar Pradesh and Bihar, the regional alliances rather than the Congress are the main opposition for BJP. In other parts of the Hindi heartland, the BJP has to face the Congress as the main challenger.

The Muslim minority in these States will vote generally to oppose the BJP. In Maharashtra and Punjab, the BJP is strengthened by its allies. In the North-East, the BJP can more or less hold its position and in West Bengal and Odisha it will improve its tally as it has made the contest triangular in these States.

In the South, the BJP will augment its overall strength by gaining some new ground in Tamil Nadu and Kerala. It may be recalled that in Gujarat the BJP scored a marginal majority and in Karnataka it narrowly missed the majority mark in the last Assembly elections.

A macro view of the general election suggests that the BJP, with its allies, could hit that range. The replication of the 1996 type of situation that saw the United Front conglomerates making a bid to power - remotely controlled by the Congress - is once again the alternative.

Unless regional parties made a clear announcement of their willingness to accept leadership of the Congress, any non-BJP patchwork would look as fragile as in the past.

India is a vast country with variations of class, caste and territorial settings affecting the voter's choice in any election but a national poll always produces a result that reflects the convergence of Indians on an objective set of performance issues.

It was only in 1977 that an angry electorate ousted the Congress to punish it for the Emergency. In other elections, issues of the times and the government's overall functioning influenced the voting pattern.

The electoral verdict - which will be the sum total of poll results in different parts of the country - can produce either a clear majority or a distinctive single largest scoring status for a party that entitles it to form the government or a combination of regional parties claiming majority with the backing of a national party.

Since the BJP is ahead of the Congress as a national party, it has the advantage of being able to firmly remain in the lead of a coalition. The visibility of Narendra Modi as the Prime Minister, the strong cadre working for the BJP on the ground and the favourable sentiment of the people on national security lend advantage to the ruling party.

While the country looks out for the spectrum of Lok Sabha results this time, there is no doubt that India's national interest lies in a stable government being there for the crucial years ahead.