After Jaitley, Puri may face uphill task in Amritsar 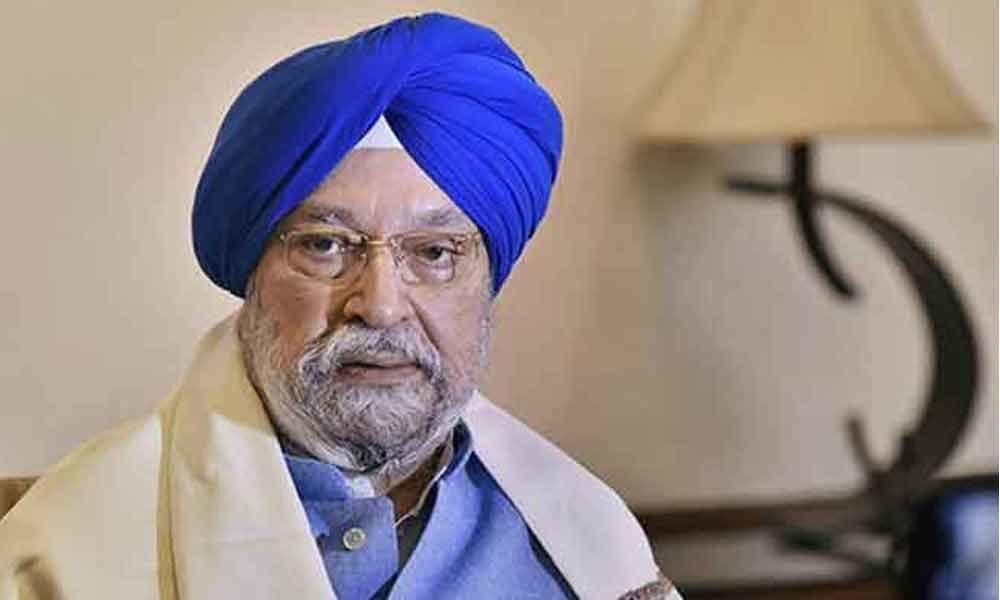 After witnessing an embarrassing defeat of its high-profile candidate Arun Jaitley in the 2014 Lok Sabha elections, the BJP this time fielded Union Minister Hardeep Singh Puri from Punjab's Amritsar.

Moreover, with the Congress at the helm in the state, Puri faces an uphill task.

Often accompanied by Punjab BJP President Shwait Malik and other party leaders, Puri, who says he has a family connect with this city, is meeting scores of morning walkers-cum-voters in city's park and public places.

"I have been meeting party leaders and supporters and the mood is upbeat," Puri was quoted as saying.

Amritsar-born former bureaucrat Puri, a Sikh but non-Jatt, has been making fervent appeals to the voters with saying: "If you give me the opportunity in this election, I will raise your concerns in the Union cabinet as the BJP-led NDA is going to form the government again."

Often, Puri, an urban Sikh having roots in New Delhi, is accompanied by his wife Laxmi Puri, also a career diplomat, during the campaigning. On the "outsider" tag, he tells the voters: "My grandfather was in Jallianwala Bagh when the British opened fire on April 13, 1919.

How could you call me an outsider? Secondly, as the Urban Development Minister, I had the opportunity to understand and resolve the problems relating to Amritsar."

The corridor will facilitate easy passage for Sikh pilgrims from this city to the historic Gurdwara Darbar Sahib Kartarpur in Pakistan. Kartarpur is located in Shakargarh in Narowal district of Pakistan's Punjab.

Guru Nanak Dev, the founder of Sikhism, had spent more than 18 years of his life there. In November last, Puri along with another Union minister Harsimrat Kaur Badal crossed over to Pakistan through Attari-Wagah border to attend the foundation stone laying ceremony of Kartarpur corridor.