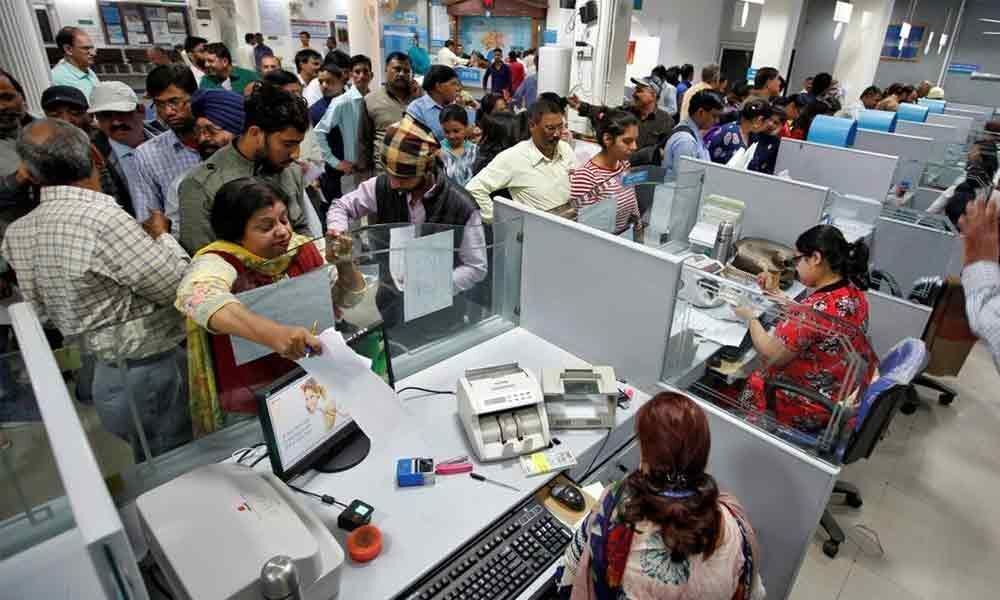 After India attained independence on August 15, 1947, the government of India had planned the systematic economic development of the country.

After India attained independence on August 15, 1947, the government of India had planned the systematic economic development of the country.

As part of this line-up, in the year 1969, on the same day i.e. on July 19, 1969, a decisive pronouncement was made to the extent of the nationalisation of 14 major commercial banks by the then Prime Minister, Indira Gandhi.

It was the consequence of many years of long-drawn-out and assiduous efforts acquiesced by the Left parties and some deep-seated Congressmen.

In April 1980, the second groundswell of nationalisation in banking came into force.

As of now, there are 17 nationalised commercial banks, considering the recent amalgamation of three such banks into one (Vijaya Bank and Dena Bank have been merged with Bank of Baroda w.e.f. April 01, 2019).

In real fact, the demand for the nationalisation of banks came predominantly to prevent the concentration of wealth in the hands of a few private people.

Of course, mobilising the capitals for the development of the country's economy has been one of the main objectives of the nationalisation.

In addition, the following six significant whys and wherefores had pressed for the nationalisation of banks:

♦ In order to support such priority sectors as agriculture and MSMEs that need funds for their expansion and further economic development, nationalisation of commercial banks was needed — for the indulgence of social welfare.

♦ In order to ensure a smooth supply of credit to socially desirable sections, it was indispensable to control and check the private monopolies.

♦ Expansion of banking to remote areas across the nation was a dire need to bridge the gaps between the parsimoniously rich and the poor sections of the society, and geographic areas.

♦ In a similar way, in order to reduce regional imbalance caused due to the prevailing urban-rural divide, it was necessary for the banks to operate in rural areas where banking facilities were not available.

♦ Evidently, India is largely dependent on the agriculture sector. Nationalisation of banks was an urgent need to fund and uplift the agrarian societies depending on farming and allied activities.

♦ Inculcating banking habits was another need for the nationalisation of commercial banks for the reason that more than 70% of Indians account to be the bucolic masses, and there was an ominous need to inculcate banking habits among such a large segment of people to ensure overall national development.

Indira Gandhi preferred nationalisation of commercial banks in spite of the disavowal by Morarji Desai.

For our consideration, the following words of Morarji Desai, the then Finance Minister, submitted to Indira Gandhi, before tendering his resignation reveals the very fact that the whole process of nationalisation was hard-hitting.

"If you wanted a change in the Finance Ministry, you could have discussed it with me. You know very well that I never discussed any matter with you in an improper manner.

Even when I have differed from you on some matters, I have never been guilty of impropriety or discourtesy. But now you have behaved towards me in a manner in which no one would behaved''.

The public sector banks have been instrumental in the implementation of almost all welfare schemes designed, developed and implemented by the government of India.

In this manner, the banks work as an intermediary between the people and the government. The incredible efforts put in by the banks during the course of demonetisation is commendable.

In one of the recent articles titled, "When no one wants a promotion: The appraisal system in public sector banks needs to improve,"

author Shyamal Majumdar, clearly explains the present-day situation of the banks due to which no one would like to opt for a promotion.

In keeping with the opinion of most of the bankers, the employees of public sector banks have many woes that need to be straightaway addressed.

First and foremost, they take delivery of heavy mental pressure from all ends to execute their roles as bankers. Also, it has become a practice among the customers, who are likely to be defaulters, to often refer to the instances of Nirav Modi and Vijay Mallya — without knowing the very fact that the corporate loans amounting to such huge sums are not tendered at retail banking branches.

Moreso, the bankers feel displeased that they have to go on strike, every now and then, by foregoing their salaries to fight for their legitimate rights.

It is true that the grass is always greener on the other side of the fence. When consulted the bankers had grasped their woes, I remembered the aforementioned adage. It has been fifty years since the banks have been nationalised.

But, the benefits of this degree are yet to be fully realised — the objectives foreseen through nationalisation of commercial banks are yet to be achieved.

In the past, several committees and study teams have examined the working of the banking sector and made many recommendations. Nonetheless, the competent authorities have been inept and unwilling to contrivance most of their recommendations.

Moreover, from time to time, news makes rounds in the mass media channels that steps are moving ahead to dissolute the public sector banks.

Shattering the very objective of nationalisation of the commercial banks into pieces, if the same thing happens, it would amount to an impending threat levied to the nation's overall development.

As we are in the Golden Jubilee year of the nationalisation of the commercial banks, let us make every effort to achieve the precise goals of nationalisation — a part of the government of India's systematic economic development of the country!