Role of social media in times of calamities 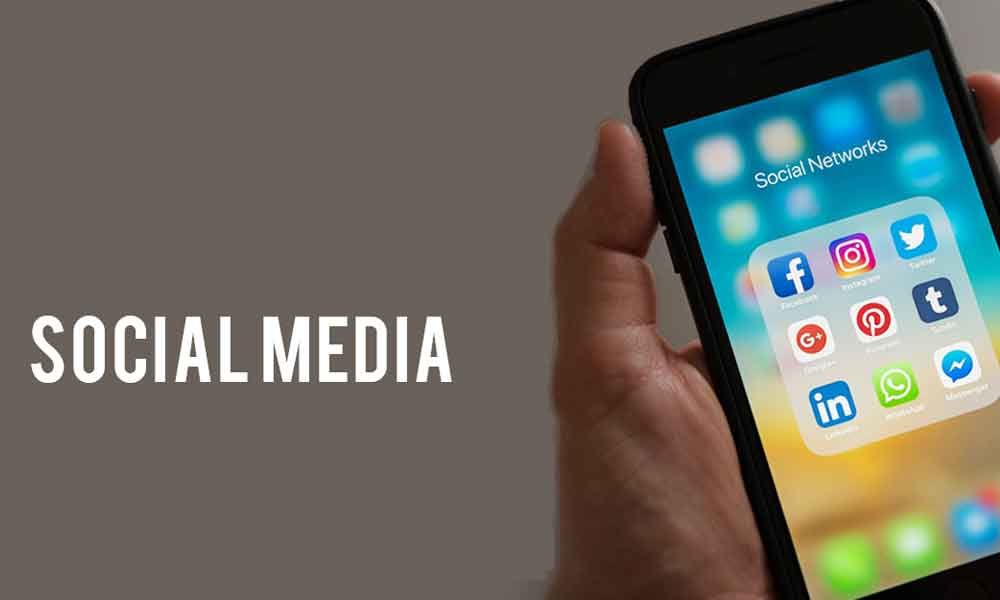 The coronavirus has assumed alarming proportions and is spreading its tentacles by transforming into a pandemic.

The coronavirus has assumed alarming proportions and is spreading its tentacles by transforming into a pandemic. Governments are advising the public to exercise caution in their own methods to combat this dreaded virus.

A three-week lock-down has now been promulgated in India. As a preliminary step, the Janata Curfew was put into practice in a form of self-regulation.

This surveillance method and the tightened lockdown imposed by governments is ultimately becoming a precursor to combat the dreaded virus in the country.

Scientific findings and research have revealed that corona as a virus that spread in four stages can become the deadliest disease in the world.

This fact has come to light when considering the spread of the virus in some countries.

For this, developing countries like India need to take more precautions. It is in that sense the governments are taking steps at their level. It is directing the people on a regular basis.

At this crucial time during the past ten days, the social media is also alerting the people and it has become the source of awareness among the masses.

The pandemic related information was universally reported in various media forms. Initially the virus surfaced in Wuhan city of China. Social media has been instrumental in keeping people alert and energised by interpreting this viral scientific information.

Virus-related information, governments' pursuits, and casualties in countries such as China have all contributed to the widespread popularity of Internet-based media. The World Health Organisation has begun to provide information through WhatsApp. The extent of social media has been a significant part of the process of alerting the public.

Countries like us who have been preaching information technology have been able to learn about the symptoms of this pandemic virus in China. Corona-related side effects and life-threatening factors are also explained by wide reach of visuals and information that social media provides about the spread of the virus in different countries.

In Italy, the government has alerted the public by announcing a complete lockdown, but it suffered badly as the people ignored the catastrophe.

These are the positive aspects that social media has provided to society and humanity about the spread of coronavirus. The services of medical professionals, healthcare professionals and sanitary workers in case of emergencies have become a widespread social media activity in various countries.

This is just one perspective. Starting with the topic of virus proliferation, people's fears are also on the other side. This is something to be vigilant about.

The spread of coronavirus is being propagated as a Chinese war on the ecosystem by a genetic bomb. Similarly, the discovery of the coronavirus vaccine was also spread in the social media.

At this stage, some social media posts have created suspicions about whether the elements posting them are part of human society.

In some parts of the world, the spurt of fake information has already caused serious concern and led to a depressing situation that has been experienced by the victims.

Social media, which has become part of modern technology along the lines of the media, plays a key role in the dissemination of information. This thing is indisputable.

However, the reaction of corona's background on social media has been insane. Scientific therapeutics, strategies to combat this virus, policies followed by governments.

The attempt to warn people who are on the road to lockdown in the wake of their lock-up have certainly helped alerting the public in the form of the videos. These things are indisputable.

But we must be alert to the need to keep up with the scientific intimacy of the misinformation campaign, which is a growing concern in the social media. In political matters, some parties may disagree with the government.

But this doesn't mean everything is to be differed by the opponents. Even more worrying are the circumstances when people believe that false information is authentic.

WhatsApp groups became viral on Monday when a video of a corona victim in our State's Bhupalapalli district posted a sick video. This visual is terrifying.

The video created a frenzy of whether we were going from the second stage to the last stage of Covid-19. The society has been horrified by this visual that went viral on social media. Similarly, the information about a wedding went viral and the details of the wedding wherein the groom coming overseas was identified violating quarantine rules.

This caused a tension among all the attendees worrying about the spread of virus for attending the wedding. There is a need to motivate the public on the dangers of the spread of the virus, but in the name of sensation, social media is intimidating them in a way.

On Tuesday afternoon, a coronavirus suspect issue in Andhra Pradesh has caused a serious concern as a video went viral. If all of these issues projected on social media in groups are contained and streamlined by admins and individuals with self-restraint, we will be able to overcome many challenges in the coming days.

Active and creative concepts that social media is picking up on when people are motivated are also present in the context of the coronavirus spread.

Telangana Chief Minister Kalvakuntla Chandrashekhar Rao's remarks on the concept of imagination about the dreaded virus on the occasion explain the ill-effects of fake news.

A similar stand was projected by our Prime Minister Narendra Modi through a post on the eve of the announcement of the nationwide lockdown.

Social media explains how to empower people through various forms. Some are used to make people more conscious by giving them a comparative view of superstition and scientific reasoning.

Intrigued posts are coming in the form of a crowd. To this end, social media is a bridge to freedom of expression. But even in the face of adversity, there are some posts that put the community at risk by using information that is not self-regulating.

At this stage, it is understood that the war on corona requires the control of the forces that provide false information, and also the self-control of information sharing.

As the Chief Minister of a State, as the head of a family, the initiatives of Telangana Chief Minister Chandrashekar Rao to take control of the corona is laudable and commendable. The actions of our State and our activities are inspiring the entire country at the national level.

In a way, the guidance of our Chief Minister is making us confident and as long as his guidance is there in the form of operation, the instructions on the corona, our confidence levels will remain stable. We all have a duty to control those who are eager to provide information on social media.

The preparedness that our country is showing in case of this virus has been ultimate till date. That's the reality for now. Social media has become the centre of responses that can inspire the public without fear of publicity.

Our governments have made use of all information channels to create awareness on the disaster called coronavirus. The governments are alerting people. Medical professionals perform tests and meet therapeutic needs in their scientific perspective.

The whole community is ready to face the corona virus epidemic. It is at this stage that the alarming responses of social media continue to serve as a source of consciousness in the public rather than as a centre of desperate arguments.

(The writer is the chairperson of Kadiyam Foundation of Warangal and a medical doctor, pathologist in the Community Health Centre of Wardhannapet in Warangal rural district)