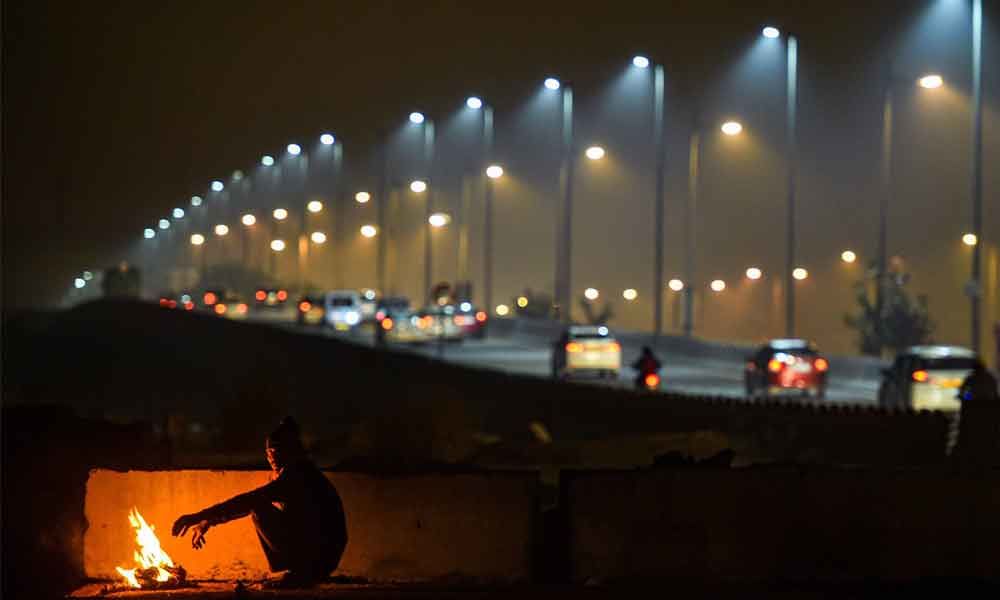 An unusual and powerful spell of 'Western Disturbances', originating in the Mediterranean Sea, has made the Hindi heartland shiver for the past...

An unusual and powerful spell of "Western Disturbances", originating in the Mediterranean Sea, has made the Hindi heartland shiver for the past fortnight.

Unfortunately, the spell, striking once in four to five decades, will continue to freeze people on New Year's Eve too.

The thick cover of smog on the Indo-Gangetic plains and the uneven warming of the Indian Ocean has a role to play in this robust spell of Western Disturbances, the extratropical storms originating in the Mediterranean region causing sudden winter rain to the north-western parts of the Indian subcontinent, which have brought the day temperatures in some Indian cities below 12 degrees Celsius.

Top scientists fear that due to climate change, such harsh and unexpected weather conditions will continue to trouble people.

"The climate change affecting the intensity and frequency of Western Disturbances can bring mercury down in northern region in years to come, while central and southern Indian regions could be more warmer," says Dr Bhupinder B Singh, senior scientist at the government's premier Centre for Climate Change Research (CCCR) at Pune.

In coming years, predicts Dr Singh, the Himalayan Region and the Indo-Gangetic plains covering almost the north India could be more vulnerable to extreme weather.

Asked about the reason for such severe weather conditions, the CCCR scientist said that change in land use and land cover which are shrinking the forest belt are among the few culprits for climate change.

Scientists at the IMD also agree that smog over Indo-Gangetic plains is impacting weather. Their research indicates that in the past few years, a pattern is emerging of an unexpected change in temperatures.

This pattern would continue and could impact weather more severely in the near future. "Normally a spell of severe cold weather stretches to 5 or 6 days.

But this year, since December 13, the temperature continues to dip.... It is unique. However, now it seems that there could be a relief after December 31," says Dr Jenamani.

Scientists are of the view that it is rare to have a spell of such cold weather for more than 16 to 17 days.

The severe cold wave has affected normal life in Uttar Pradesh, Bihar, Haryana, Punjab and Rajasthan. In UP, 38 people are reported have died in the past 48 hours, though there is no official confirmation about the total number of deaths reported from various districts.

"The government has made efforts to provide shelter and arranged wood for bonfires. Chief Medical Officers have been instructed to admit patients round the clock in all state-run hospitals.

As far as casualties are concerned, it is difficult to say if one died of cold or some other ailment," said state Health Directorate official.

Cold wave has also gripped Bihar, where in Patna, Gaya, Bhagalpur and Purnia districts, several deaths have been reported due to the unexpected dip in mercury.