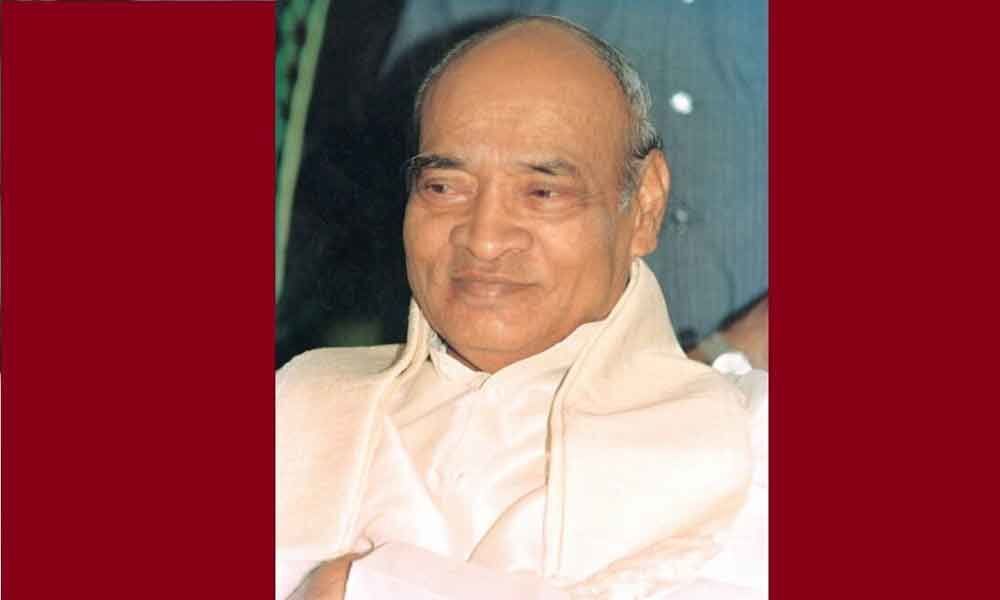 Congress leaders like Shashi Tharoor are suggesting an election of a new party president.

Congress leaders like Shashi Tharoor are suggesting an election of a new party president. They have probably forgotten the Tirupati Congress session in April 1992 to elect a new Congress Working Committee.

This exercise in democracy astonished arch Brahmin P V Narasimha Rao because Arjun Singh, a Rajput, led the pack followed by intermediate casts like Sharad Pawar and Rajesh Pilot. The results were declared null and void. Why this happened is explained at the end of this piece.

This being the 30th anniversary of one of Rajiv Gandhi gaffes, from which the party could never really recover, I have hung the story on that peg.

Two retrogressive steps taken by Rajiv Gandhi to please the "Mullah", naturally alienated the liberals on all sides. He reversed a Supreme Court verdict providing maintenance to an elderly Muslim widow - Shah Bano.

Later, he banned Salman Rushdie's "Satanic Verses". Then, to keep the Hindu vote, he allowed the locks of the Ram Mandir to be opened.

The Vishwa Hindu Parishad (VHP) was spurred into action.

The reversal of the Shah Bano verdict was a Godsend: "Muslim appeasement" thundered Ashok Singhal of the VHP. Having upped the ante on this count, the VHP was anxious on another: the Congress was beginning to poach on its Ayodhya platform.

This competition in Hindu radicalism defined much of the subsequent politics.

In this competition, the climax was reached in 1989 when, in preparation for elections, Rajiv Gandhi announced in Ayodhya that should he be elected, he would usher in Ram Rajya, a sort of Hindu Shariah.

This when the VHP was already embarked on one of the great mass mobilisation strategies. Bricks would be consecrated in all the temples in the country, particularly in North India, and carried to Ayodhya for the construction of the Ram Temple.

At this very time, Rajiv Gandhi's favoured Finance Minister, VP Singh, added fuel to the cauldron already bubbling over. He charged Rajiv Gandhi for large-scale corruption in the purchase of Bofors Field Guns.

The charge was never proved but a harried Rajiv plotted frenetically. While V P Singh was challenging his moral credentials, the VHP made him look weak on the Ram Mandir. This challenge too Rajiv decided to take up without sufficient clarity of direction.

If the VHP carried out the threat successfully, it would be a huge slap on the face of the administration. It would imply that the police and the official machinery were more loyal to their faith than orders from their superiors.

What then should Rajiv do?

Join them, if you can't beat them. Help their "Shilanyas" but only by resorting to subterfuge, unadulterated deceit, which I saw with my own eyes, seated as I was next to the District Magistrate of Faizabad, Ram Sharan Srivastava.

The trick was this. To please Ashok Singhal, "Shilanyas" would be allowed "discreetly" on the land which was disputed. Once Singhal and his hundreds of "Ram Bhakts" had left, chanting slogans, Srivastava would put out a press note saying that a token stone laying ceremony had taken place on land which was "not disputed".

No sooner was the press note on the wires, than Singhal called his own very well attended press conference. "We have performed 'Shilanyas' on land which was in our original plan for the Ram Temple."

The story perpetuated by the Gandhi-Nehru family loyalists has been that the Muslim vote walked out from the Congress en masse because P V Narasimha slept while the Babari Masjid was demolished on the fateful day, December 6, 1992.

This is only partly true. The real haemorrhage had begun earlier, soon after the Congress allowed the brick laying ceremony to take place on land belonging to Muslims in violation of the High Court order.

I remember, a Congress stalwart of Faizabad, Nasir Hussain, weeping. "Rajiv has finished the Congress in Uttar Pradesh," he said. He was right. It was all so short sighted. After all, it was not Congress policy to build the Ram Mandir.

And yet the Congress had begun to look a saffron party. Was this only a perception among Muslims?

P V Narasimha Rao, of course, created conditions for Atal Behari Vajpayee to take over as the BJP's Prime Minister for a distinct set of reasons.

These reasons were embedded in the verdict of 1991 election which brought PV to power. Because elections in the North, where the Congress had done badly, were over when Rajiv Gandhi was assassinated, the emotional factor which helped the Congress to scrape through operated only in the south.

In other words, India's first Prime Minister from the South, was by a fluke of fortune kept buoyant by the southern contingent in the Congress parliamentary party.

This meant that his political security and longevity in power dictated that he should not allow a powerful leader to emerge in the North.

Narayan Datt Tiwari was something of a has-been, but Arjun Singh could always mount a challenge. He had to be outfoxed. There was another anti Arjun Singh factor operating in PV's deep core, aggravated by Chandraswami, the tantric constantly by his side.

The abiding Brahmin in PV moved him to accommodate Pranab Mukherjee, Bhuvnesh Chaturvedi, V N Gadgil, Naval Kishore Sharma, Jitendra Prasada, and others in his office, the Rajya Sabha, as party general secretaries and official spokesmen.

But Arjun Singh, who had beaten everybody in the popularity stakes in Tirupati, the "wily" Rajput, had to be kept at bay. The Congress may therefore never hold elections just in case the party finds a leader who has the potential to upstage the Gandhis.