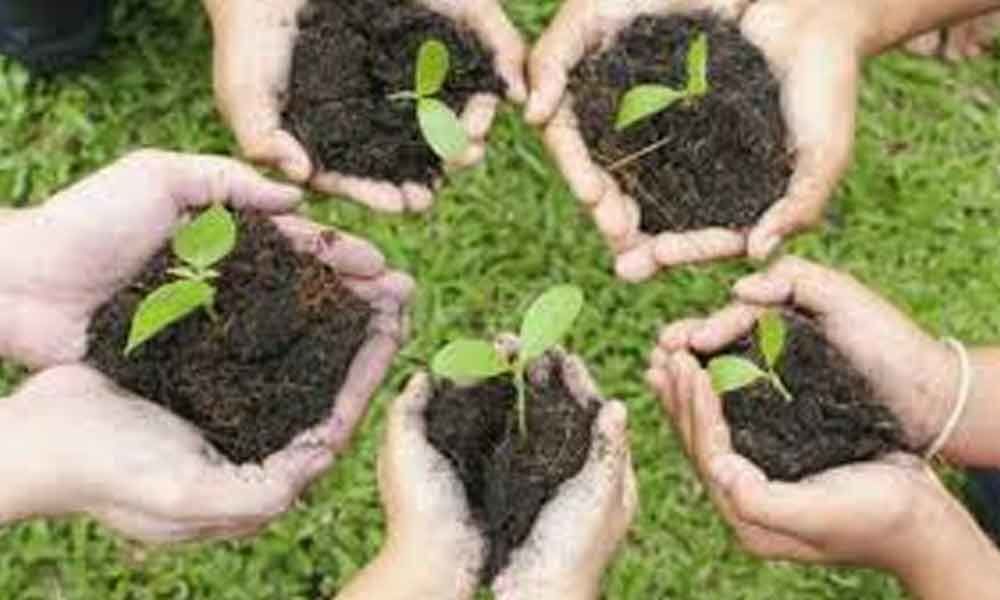 When Akhilesh Yadav was the Uttar Pradesh Chief Minister, he set a Guinness World Record for planting 50 million saplings in a day.

When Akhilesh Yadav was the Uttar Pradesh Chief Minister, he set a Guinness World Record for planting 50 million saplings in a day.

Not to be outdone, last year (2018-19) the present Chief Minister, Yogi Adityanath, set a target of nine crore saplings by August 15.

He had announced that trees rich in medicinal properties and of religious significance will be planted across the state. What was the net outcome?

We do not have reliable statistics on how many saplings survived and how funds were utilised, said a retired forest department official.

"It was an exercise carried out in haste without adequate preparations. The result was most saplings died a premature death." This year, the Uttar Pradesh government plans to break all records.

For Agra alone, the target is 28.50 lakh saplings. All government departments have been allotted targets and the state nurseries are busy preparing saplings.

Each year pompous claims have been made by authorities, but the green cover in Uttar Pradesh remains a dismal 9 per cent, against the national goal of 33 per cent.

A green activist in Agra said: "These are paper trees to be found only in files of the government. The ground reality is different."

Take the case of Agra which is fast turning into a vast wasteland, said eco-activist Shravan Kumar Singh. "The large-scale construction work going on all around has denuded the landscape of green cover.

More roads, more houses, more public projects means reduced space for greenery. The 10,600 sq km eco-sensitive Taj Trapezium Zone has a green cover from precariously low at 1.28 per cent in Mathura district to 6.26 per cent in Agra," according to Singh.

The issue is not how many saplings you plant each year. Our concern should be to ensure their growth and protect them for at least three years, said Agra Development Foundation Secretary K C Jain.

In a letter to the Chief Minister, Jain suggested that the period of planting saplings should be two months and not just one day.