Why law graduate's natural choice is not legal profession? 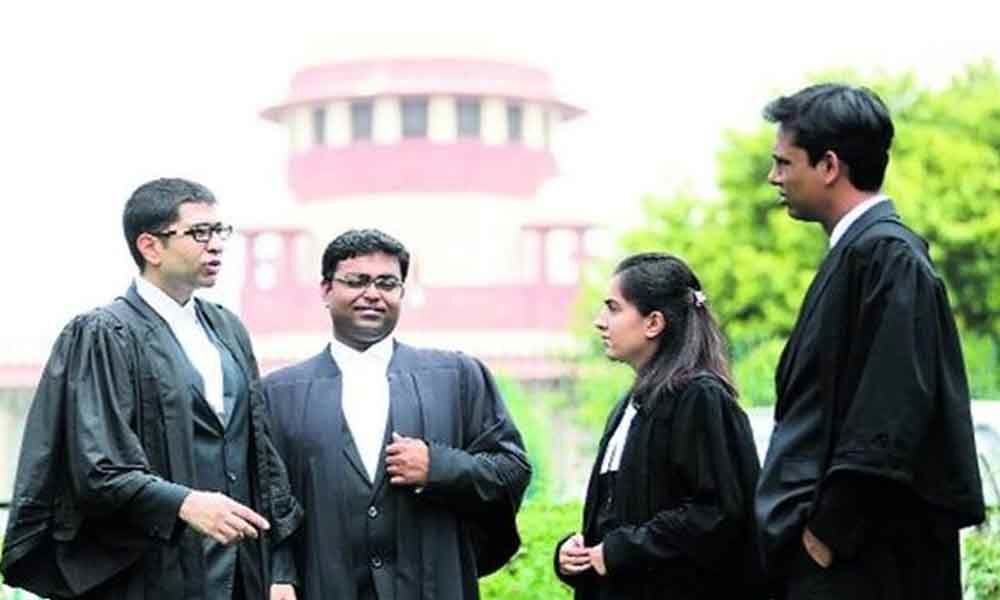 Chief Justice of India Ranjan Gogoi on Saturday said there is a need to look at the role and functioning of lawyers and understand why a law graduate's natural choice is not the legal profession in spite of great attractions and opportunities.

Chief Justice of India Ranjan Gogoi on Saturday said there is a need to look at the role and functioning of lawyers and understand why a law graduate's natural choice is not the legal profession in spite of great attractions and opportunities.

The CJI said lawyers act as advocates and advisors of litigants and help them secure their rights under the law. While working for their clients, they interpret and mould the law and help the judges in laying down the legal propositions that have binding effects on the future generations.

Justice Gogoi, who was speaking at the seventh annual convocation of National Law University here, added that the purpose of law schools is to bring out lawyers who would serve the country as prospective leaders of the bar, adjudicators on the bench and educators and teachers.

He said it is time now for introspection and analyse as to whether the five-year law course, a combined degree in law and arts, has met its ambitions.

He said the five-year law school model has not entirely failed in achieving the purpose, but it has also not brought about the expected transformation.

This initiative was on a strong commitment to improve existing legal infrastructure. Indeed with this ambition, five-year law schools have spearheaded critical changes in syllabi and structure to bring up new generation of lawyers who will think more critically and analyse comprehensive and argue articulately," the CJI said.

He said it must be asked as to how many law schools are serving the purpose they were designed for and added that the primary reason for setting up the five-year law schools was to strengthen the bar.

"One will necessarily have to look on the role and functioning of lawyers and try and understand why in spite of great attractions and opportunities that the legal profession offers, the law graduates natural choice is not the legal profession," he said. He added that lawyers also act as adjudicators, negotiators and mediators and they are great educators too.

Career in law firms and corporates have become popular choices and continue to remain so, the CJI said, adding that the highly attractive career at the bar and the bench also needs to be highlighted. "Practice of law is a reasonably lucrative profession.

I do not wish to be drawn into the financial side of the legal profession... All that I would like to say is that the issue is left to the members of the bar to ponder and decide," the CJI said.

He also spoke about the hefty fee structures in law schools and said "if existing fee structure acts as economical barrier to education, then in a country like ours, it is nothing short of a tragedy".

A lawyer's mind is always an open mind, he can take any case and fight it out within the framework of law. "Until and unless the bar is strong, our legal system cannot function efficiently," he said.

Bar is a feeder to benches also. Most of the judges in the higher judiciary are drawn from the bar, he said. "Let me tell you life at this side of the bar, the bench, is not bad. I have been on this for 20 years now.

The levels of satisfaction are very high," the CJI said. On freedom of choice, he said, "Say no and a big no to anything and everything that appear to your mind to be morally and actually regressive. Say yes to everything which you think can be offered to anybody."