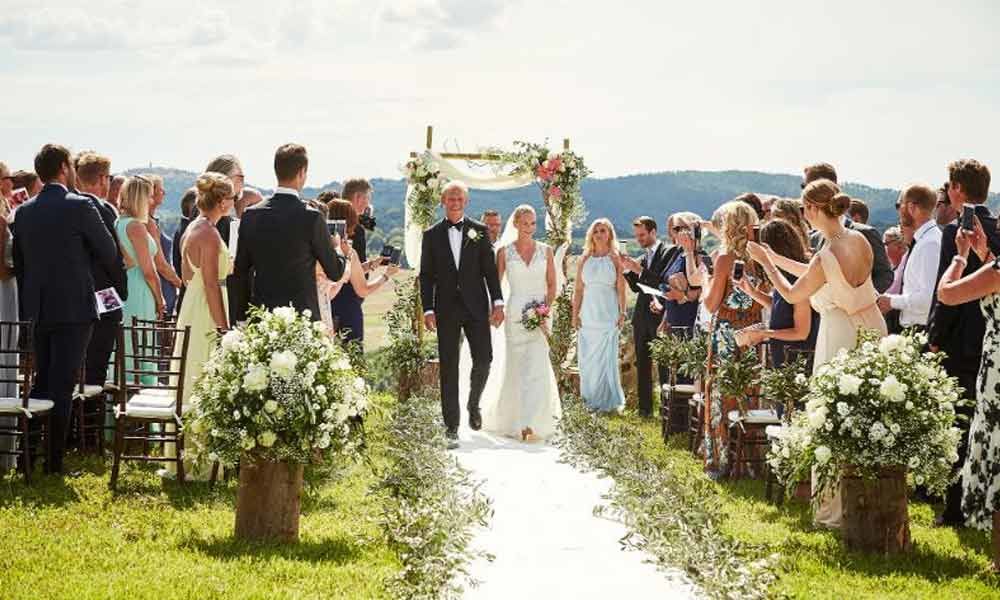 Gone are the good old days when wedding celebrations extended to two days.

Gone are the good old days when wedding celebrations extended to two days. By all means, it was a simple affair cherished for long even as every family member, as part of a cohesive unit, coordinated with each other to make the bridegroom party comfortable before and after wedding.

Further, the dishes were kept at a minimum and wastage was negligible. In short, there were no pomp and splendour, yet it was reminiscence even after years by the dear and near ones looking at the black and white photographs pasted neatly and in orderly fashion in the album.

There were no event management, yet the bride's side took every care to attend to minute details and as a result, arrangements were perfect in all respects. But the today's weddings extending to three days are not only lavish and elaborate but also become a show business with flamboyant display of wealth and material possessions.

Event managers make it more colourful and spectacular making every wedding ritual before and after a high cost affair. Shamianas erected in front of independent bungalows or residential complexes occupy the whole road unmindful of the roadblock that it causes.

Residents living in the street are put to immense inconvenience. Traffic through the street is curtailed and diverted. Pedestrians are compelled to take detour to reach their destination. As celebrations go on at a high pitch, neither the hosts nor the guests bother about the wastage of food as heaps of leftovers are stuffed in plastic bags.

Not to speak of lavish weddings taking place in star hotels also on the rise even as the nation cries for austerity. Thus, in a country of glaring inequalities where many go to bed with an empty stomach every day, it is both insensitive and unethical to celebrate wedding on a lavish scale.

Despite laws lay restrictions on the guests list, it is simply not followed and given a go by even the law-abiding citizens. Needless to say, most lavish weddings in cities and towns last for several days with Sangeet and Mahendi ceremonies celebrated exclusively on two different days.

For reasons unknown, South Indians are now taking pride to see these two ceremonies are not only part of the marriage rituals but celebrated on a grand scale. The fact that such weddings celebrated with pomp and splendour are attended by the elite and who's who have become a noisy affair as colourful lights in abundance glaring indicate success and achievements of the host.

it is rather unfortunate that while guests have come out in praise of the host, sadly as the enforcement authorities have been keeping a distance, it is only seeing rise in lavish weddings year after year in every nook and corner of the country.

It is imperative that with a bit of forethought, we return to the basics practising austerity by having simple weddings so that wastage of food and money are controlled for the benefit of millions finding it difficult for a morsel of food every day.