The need to dwell on sustainable development 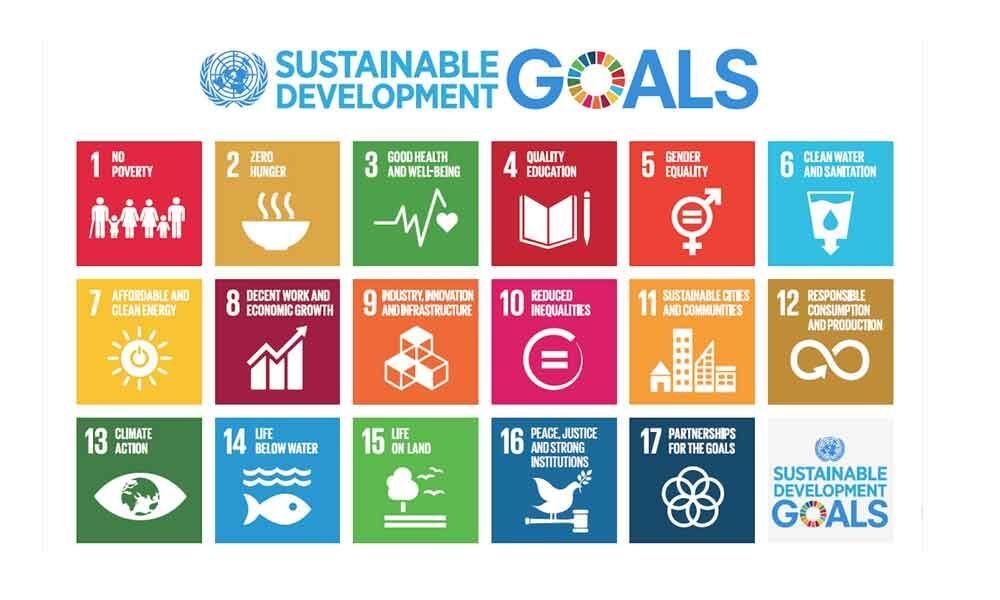 In every corner of the earth, more and more irregular environmental disasters have been occurring recurrently than ever.

In every corner of the earth, more and more irregular environmental disasters have been occurring recurrently than ever.

Recently, India has witnessed 'Fani', an unusual summer cyclone in the Bay of Bengal that hit eastern India on May 03, this year.

As said by the Indian government's meteorological department, to the degree that Cyclone Fani is concerned, it is one of the strongest cyclones that have ever hit India in the last two decades.

In keeping with the available reports, a massive 'blob' of rock stretching under Asia might be generating hundreds of earthquakes.

Likewise, off the coast of Portugal, the earth's layer might be flaking in two.

In recent times, news has been making rounds that at Shirsal village of Bid district in Maharashtra, after tunnelling a 1200ft bore for water, lava has started coming up from the earth.

If we have a subterranean gaze into any of the aforesaid disasters and many such unspecified calamities, they all have the only root cause — not commissioning sustainable development on a serious note.

The notion of sustainable development ways its roots back in the 4th century BC. It is evident in Chanakya's belief that the stability of an empire depends on the stability of its environment.

Such an act should ensure that no damage is caused to the environment. Above and beyond, the natural resources are not to be tainted.

One fundamental aspect about the environment that is being discussed here is — it does not necessarily imply trees, animals and the ecosystem only — rather it is exactly so about all the entities on which the human life subsists.

In other words, sustainable development may be defined as the ability of physical development and environmental impacts to sustain long term habitation on the planet earth by human and other indigenous species while providing the following:

l Proficient use of natural resources;

l An agenda that allows the development of the human condition and equal opportunity both for present and future generations; and finally

The term sustainable development has numerous definitions. However, the most widely accepted definition is the one given by the World Commission on Environment and Development — also known as the Brundtland Commission.

To embrace the idea of ensuring that the future generations inherit the earth which supports their livelihood in such a way that they are no worse off than generations today is the main area that the sustainable development intends for.

Subsequently, addressing the need to limit the rise of global temperatures, in 2016, the Paris Agreement on climate change entered into force.

The very objective of 2015 United Nations agenda for sustainable development was to ensure that countries will drum up exertions to abolish all forms of poverty, combat inequalities and confront climate change while ensuring that no one is left behind by the end of the year 2030.

The SDGs advance the attainment of the Millennium Development Goals (MDGs) and target to spread to curb all forms of poverty.

The new goals are unique in a sense that they call for action by all countries — poor, rich and middle-income — to uphold affluence while protecting the earth.

They recognise that eradicating poverty must go hand-in-hand with policies that build economic growth.

Also, they address a range of social needs that include social protection, education, job opportunities, and health while embarking upon climate change and environmental protection.

Yes, it is true that after an arduous process that assimilated expert analyses, as well as considering inputs from many levels of civic organisations, the 17 SDGs that pool economic development along with social, environmental, and good governance goals have been formulated.

Of the 17 goals thus formulated, the following goals directly interact with environmental protection: goal 6, "Clean Water and Sanitation," has been incorporated in the list as clean, accessible water for all is an essential part of the world to live in.

Next, goal 7 that talks about "Affordable and Clean Energy" has been agreed as energy is central to nearly every major challenge and opportunity.

Besides, as goal 12, "Responsible Production and Consumption" has been adopted for the reason that it is a must for achieving sustainable development.

The immediate next goal, goal 13 talks about "Climate Action" because climate change is a global challenge that affects everyone, everywhere.

There is no second thought that the SDGs are the outline to accomplish a better and more sustainable future for the entire humankind.

These goals address almost all such global challenges as environmental degradation, climate, poverty, prosperity, inequality, gender, and peace and justice.

All the aforesaid areas of concern are interconnected and it is intended to not leave any one area for the reason that it may adversely affect the overall aim of achieving sustainable development.